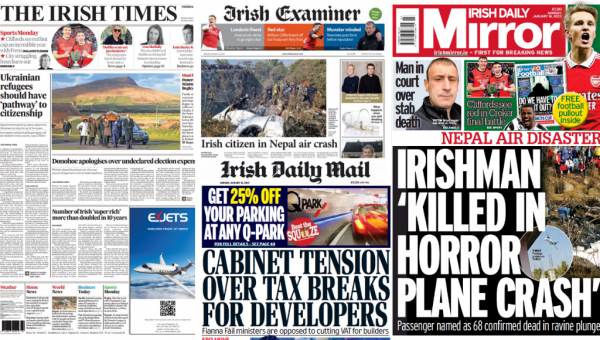 An apology from Minister for Public Expenditure Paschal Donohoe, a plane crash in Nepal and potential tax breaks for developers are some of the front-page stories on Monday.

The Irish Times‘ lead image is from the funeral of traditional musician Séamus Begley on Saturday, while the paper also reports comments from Minister of State for Integration Joe O’Brien on plans to offer Ukrainian refugees a path to Irish citizenship. 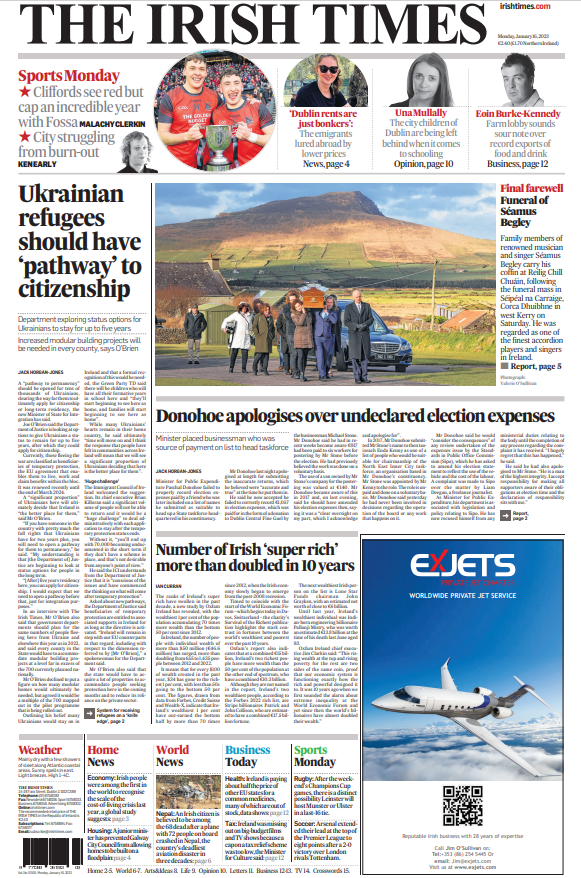 The Irish Examiner, Irish Daily Star  and Irish Daily Mirror all report on the Nepal plane crash, in which an Irish citizen is thought to have been killed. 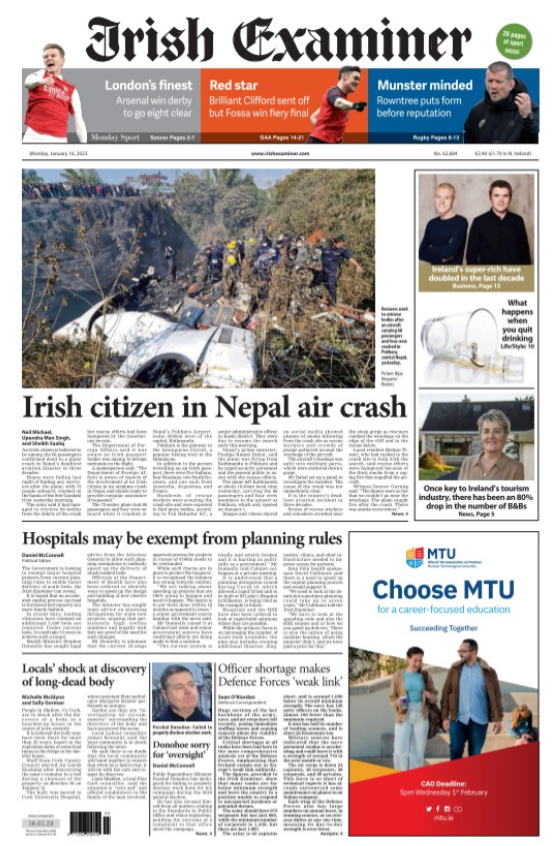 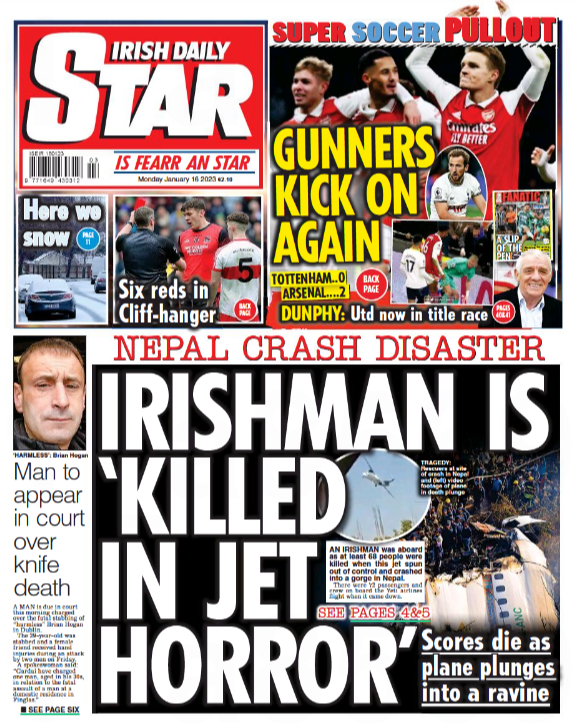 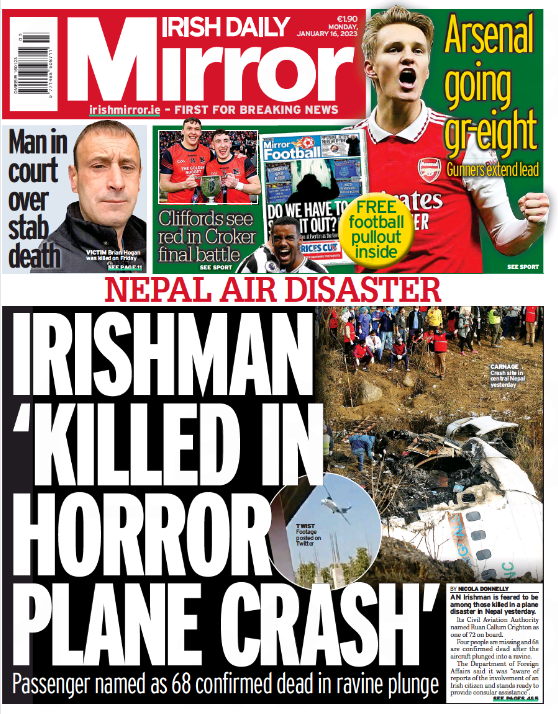 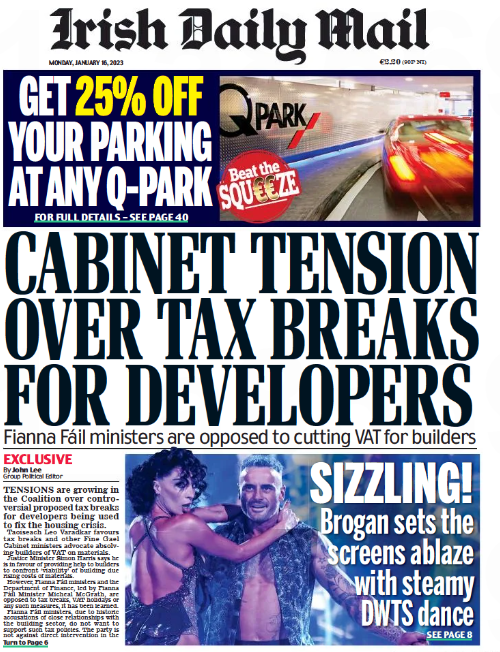 In Britain, the papers focus on an arrest over uranium at Heathrow, public opinion of the NHS, a drive-by shooting and the return to online lessons.

The Daily Telegraph reports on the man who has been arrested on suspicion of terrorism after traces of uranium were found in a cargo package at Britain’s biggest airport.

The Guardian leads on attempts to halt protests in what it describes as British prime minister Rishi Sunak’s plans for a public order crackdown.

The Independent and the i report on a return to online lessons to tackle the teachers’ strike.

The Daily Express leads on campaigners warning that villages are “under siege” from developers building large housing estates on rural land.

EXPRESS; Countryside under siege in rush for homes #TomorrowsPapersToday pic.twitter.com/TckT8p13Ff

The Daily Mirror reports James Bulger’s mother has revealed that Jon Venables may never be free under a planned parole overhaul.

The Financial Times leads on companies facing billions in writedowns as Davos confronts a souring economy.

The Metro leads on the police’s condemnation of a drive-by shooting at a funeral which has left a seven-year-old girl fighting for her life.

And the Daily Star reports that children are increasingly ditching religion and turning to Satan worship.