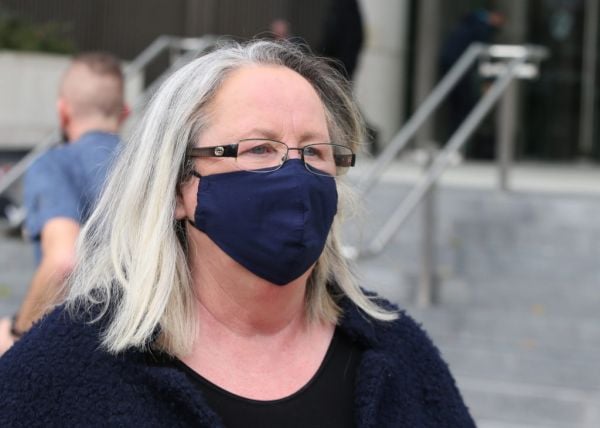 The widow of the late founder of suicide prevention charity Console has been given a trial date in 2024 to face allegations of fraudulent trading and money laundering.

She is charged with two counts of fraudulent trading and one count of money laundering on dates between December 2006 and July 2016.

On the first count she is charged that between December 6th, 2006 and May 31st, 2015, she was knowingly a party to the carrying on of a business – Console Suicide Bereavement Counselling Ltd – for fraudulent purpose; namely the misuse of the company’s property which was intended to be applied to the objectives of the company.

Ms Kelly is further charged with one count of money laundering, namely that between September 1st, 2010 and July 1st, 2016, she concealed the true nature, source, location, disposition, movement or ownership of property of Console Ltd or behaved or was reckless as to whether or not the said property was the proceeds of criminal conduct.

Her case appeared before Justice Patricia Ryan at Dublin Circuit Criminal Court for mention on Monday. Justice Ryan set a trial date of January 11th, 2024 and remanded Ms Kelly on continuing bail to that date.

At the previous hearing, Ms Kelly’s solicitor told the court that Ms Kelly would be contesting the charges.