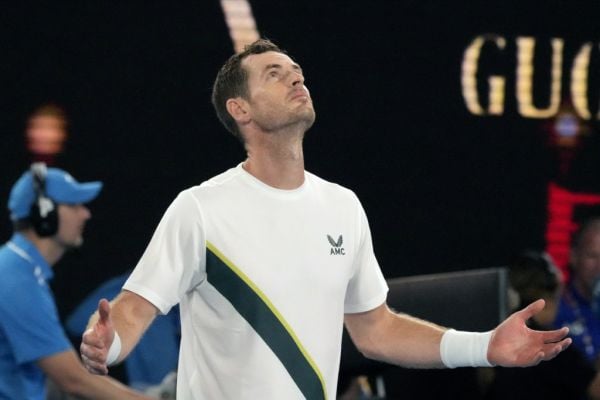 Andy Murray added another chapter to his remarkable career with a brilliant five-set victory over 13th seed Matteo Berrettini on Rod Laver Arena.

It was Murray’s first win over a top-20 player at a grand slam since 2017, while Dan Evans made it four British players through to round two with a four-set win over Facundo Bagnis either side of a three-hour break because of extreme heat.

Rain also caused delays later in the day, but under the roof on Laver Novak Djokovic felt the love from his fans with victory over Roberto Carballes Baena on his return, while Ons Jabeur recovered from dropping the second set to defeat Tamara Zidansek.

Gauff v Raducanu advance to the second round of the women’s singles. Who’s your pick? 🎾#AusOpen • #AO2023 pic.twitter.com/3J83EIYQdw

Emma Raducanu will try to emulate Murray by pulling off a huge victory on Rod Laver when she plays Coco Gauff in the night session on Wednesday.

The clash between the two young stars has been hotly anticipated and will follow matches involving Iga Swiatek, Jessica Pegula and Rafael Nadal.

Cameron Norrie is also in action in second round, with the British number one taking on Frenchman Constant Lestienne.