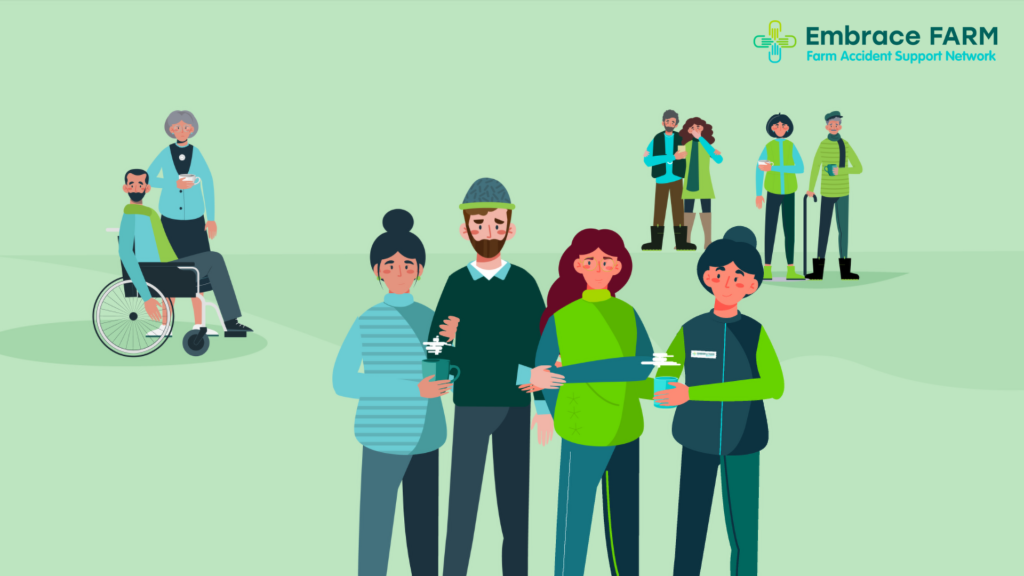 EMBRACE Farm, Ireland’s only support network for those impacted by sudden trauma or death in farm families, has launched a new campaign to tell the stories of some of those the charity has helped in the last ten years and to highlight the continued support available.

The #TakeOurHand campaign has been launched after the Christmas period, which can be a really difficult time for grieving families. The new campaign aims to remind those affected of the supports available, no matter where they are on their journey after a sudden death or trauma on the farm.

Since its inception in 2014 by husband-and-wife team Brian and Norma Rohan, Embrace Farm has supported more than 300 farm families with a range of free supports and initiatives.

“We know that the Christmas period for many farm families who have been impacted by trauma or death on the farm can be a very challenging time, and facing into a New Year is not always a welcome thing,” said Norma Rohan, co-founder of Embrace Farm.

“We want those feeling bereft to know that they are not alone and that we can take their hand and guide them to the supports they may need at this time. We think that by sharing the stories of some of those we have worked with over the years, we can highlight the range of supports we have available and hopefully help a family or individual who may be struggling.”

In addition to a range of peer-to-peer support services and hosting an annual remembrance service, last year, Embrace Farm launched the Encircle Programme, funded by the European Innovation Partnership (EIP) through the Department of Agriculture. The programme is an extension of Embrace Farm’s existing supports and offers one-to-one supports for individuals and families in the aftermath of any type of sudden death in the farm family.

These supports are available to farmers and farm families all over the country through a nationwide panel of professional mentors encompassing the full spectrum of legal, financial, agri and emotional issues that individuals and families contend with in the aftermath of these sudden situations.

It has been developed by a dedicated operational group, which is led by Embrace Farm, and the programme supports are informed by industry specialists, including IFAC, agricultural solicitors, agricultural consultants’ associations, rural support, and the HSE national office of suicide prevention.