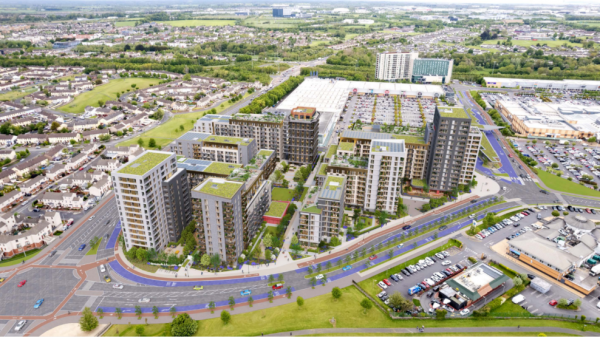 Owner of the Blanchardstown Town Centre, Goldman Sachs has secured planning permission for contentious €450 million plans for a 971 unit apartment scheme for the retail site.

This follows Fingal County Council granting a 10-year planning permission to Blanche Retail Nominee Ltd despite the strong opposition of a number of well known retail brands who operate from Blanchardstown Town Centre.

The mixed use scheme comprises seven apartment blocks with one rising to 16 storeys in height and also includes seven commercial units, a community facility, a place of worship and a childcare facility.

As part of the plan, the applicants are proposing to sell 97 units for social housing to Fingal County Council for €44.9 million.

Retail brands objecting contend that the scheme will negatively impact on their trade and a number have hit out at the absence of prior consultation with them over the plan.

Head of Sustainability, Property and LP at Lifestyle Sports, Muriel O’Keeffe told the Council “Lifestyle Sports received no prior consultation or warning about the proposal”.

Ms O’Keeffe stated: “We were first alerted to the planning application when the public notices were placed on site. To exacerbate matters, we were shocked to learn that the proposal will result in a significant loss of customer parking.”

She added: “We have met with other occupiers of the Retail Park. We are united in our concerns with the proposal and disappointed that no prior consultation was undertaken with us by the landlord.”

The Council has granted planning permission after concluding that the scheme would contribute to consolidating Blanchardstown town centre and provide residential development close to existing services and facilities.

Planning consultant for the scheme, John Spain told the council that the proposal “will provide much needed residential accommodation” and the site is considered suitable for the density, scale, massing and design of the development proposed. 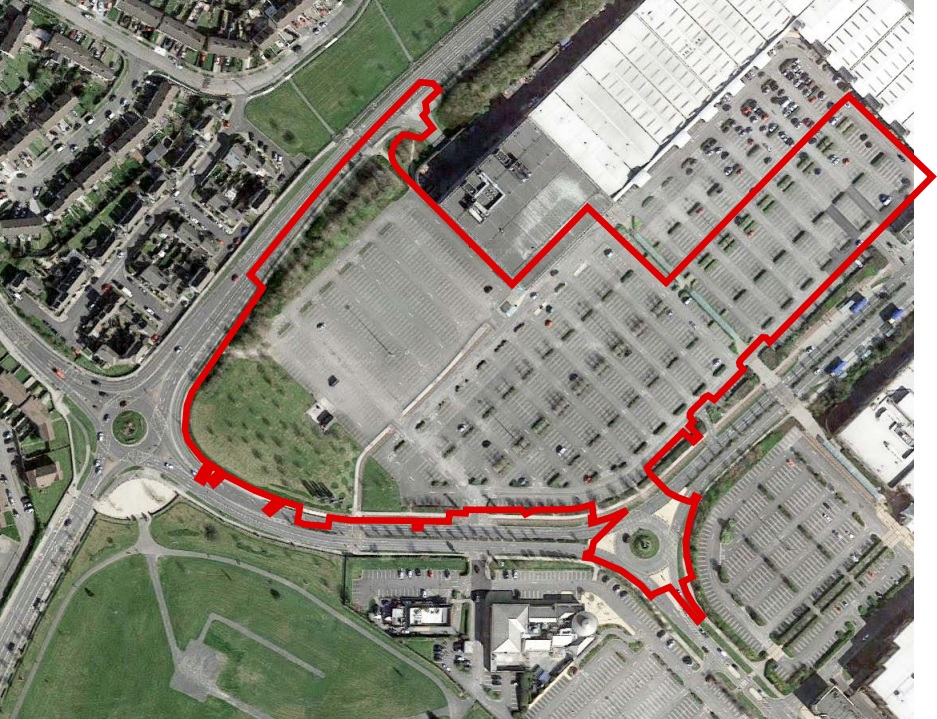 In the Lifestyle Sports objection, Ms O’Keeffe has stated that “we are alarmed by the proposed reduction in customer car-parking space”

However, in the Lifestyle Sports objection, Ms O’Keeffe has stated that “we are alarmed by the proposed reduction in customer car-parking space. It is difficult to comprehend how the applicant could consider this acceptable”.

Ms O’Keeffe states that there will be an overall reduction of 525 retail car-parking post development stating “our customers will simply go elsewhere should there be such a significant reduction in car-parking at the application site”.

On the scheme to be phased over 10 years, consultants for Woodie’s DIY RW Nowlan & Associates state that “it is unreasonable to propose this level of disruption to our client’s business for an extended construction stage lasting 10 years”.

Echoing the views of other retailers, Director at Homestore & More, Tristian Geoghegan told the council that the proposed development “would give rise to a deleterious impact on trade and the ability to operate the retail outlets at their present level”.

Mr Geoghegan contends that the proposal “represents an unacceptable density of development on a site which is completely inappropriate for the quantum of development being proposed”.

Consultants for Smyths Toys, RW Nowlan & Associates have told the Council that “it is simply unacceptable” that substandard parking provision for the existing retail units would be available for at least 2.5 years at a minimum.

They state: “This development should not be permitted to proceed until such a time as a significant and vast reduction in the scale of the development is undertaken.”

The objection adds that “Overall, too many unknowns remain in relation to the inevitable significant impact that a development of this size would have on the existing neighbouring businesses, in particular in relation to the management of car parking provision between residential and commercial use”.

The third party objectors can now appeal the decision to An Bord Pleanála.