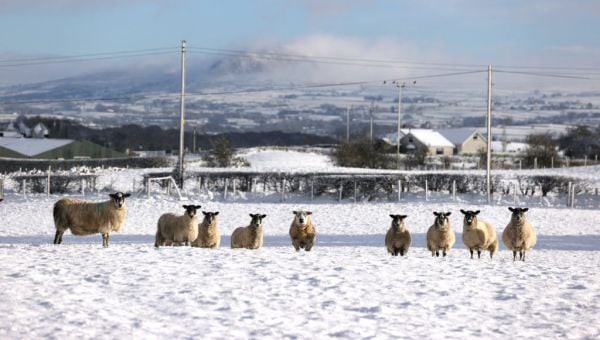 Further snow and icy conditions are expected to cause disruption on the island of Ireland in the coming days.

A yellow weather warning is in place for Northern Ireland until noon on Wednesday with further wintry showers forecast.

The north west area has been worst affected so far with some schools closed in Derry, disruption to public transport and a number of road accidents occurring in treacherous conditions.

The Met Office expects snow showers to continue into Wednesday, with up to 10cm in some higher areas.

The coldest temperature recorded overnight in Northern Ireland was in Katesbridge, Co Down, where it reached minus 8.4C.

Motorists are advised of sub-zero temperatures this morning and a risk of snow and ice on the roads. A yellow weather warning is in place until 12pm today. Please reduce your speed and drive with extra caution. pic.twitter.com/hFCNYyIE0z

In the Republic, temperatures dropped as low as minus 7C and some schools in Donegal and Cork were shut.

A status yellow snow and ice warning is in effect for counties Donegal, Leitrim, Sligo until 9am on Wednesday.

Met Éireann said there will be scattered snow showers and icy conditions in some areas.