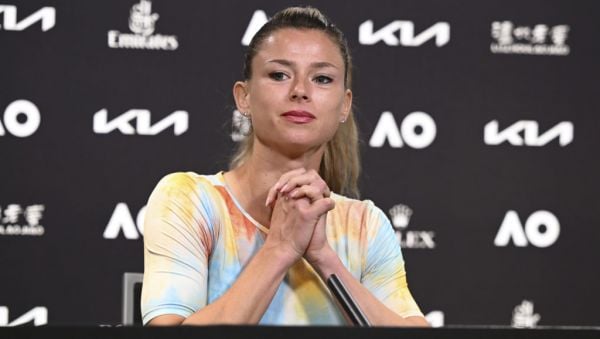 Italian media reported last month that a doctor, Daniela Grillone, had named Giorgi as one of the people who came to her seeking fake documentation.

Speaking for the first time about the allegations following a 6-0 6-1 victory over Anastasia Pavlyuchenkova in the opening round of the Australian Open, Giorgi insisted she had done nothing wrong.

“The doctor has been investigated and she had troubles this year with the law a few times,” said the 31-year-old, who is ranked 70th.

“I did all my vaccination in different places. So the trouble is hers. Not me. So with that, I’m very calm.

“She (said) my name, of course, but there is more than 300 people who she give the names.”

Several countries on the tennis circuit required players to be vaccinated to enter in 2021 and 2022, including Australia and the USA.

Giorgi admitted one of her vaccinations had been administered by Grillone and that she had used paperwork given by the doctor.

But she denied deliberately seeking out false documents, saying: “No, not at all.”

Giorgi, who reached the Wimbledon quarter-finals in 2018, appeared not to understand when asked if she had attempted to check on the veracity of her vaccination or received an extra dose.