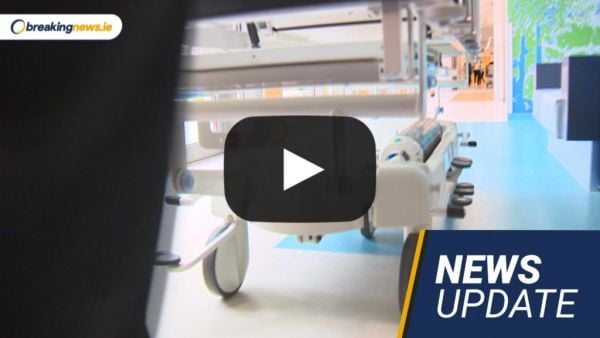 The interim chief executive of the HSE apologised to people who have been forced to wait on trolleys for hospital care this winter, while emphasising that similar pressures are in other countries due to the flu, RSV and Covid.

Stephen Mulvany and other representatives of the HSE appeared before the Oireachtas Health Committee today as the demand for emergency care surged to record highs in recent weeks.

As of Tuesday, the INMO said it counted 561 people waiting on trolleys, while the HSE recorded a 26 per cent increase in people waiting to be admitted to emergency departments compared to the same time last year.

Mr Mulvany rejected claims the HSE failed to provide leadership during the ongoing trolley crisis, or that its winter plan had been an unmitigated disaster.

Annual Irish inflation slowed in December, with prices up 8.2 per cent year-on-year compared to 8.9 per cent in the previous month, according to the Central Statistics Office.

This is the fifteenth straight month where the annual increase in the Consumer Price Index has been at least 5 per cent, triggering the deepest cost-of-living squeeze in decades.

However, the latest data showed prices were 0.2 per cent lower month-on-month, an early signal that inflation may be easing.

Met Éireann has warned motorists to take care on the roads today as temperatures are down as low as -7 degrees in parts of the midlands.

Snow is on the ground in parts of Kerry, Cork and Donegal, which has led to school closures and local travel disruption. Temperatures today are expected to stay between 0 and 4 degrees as frost will linger.

Met Éireann meteorologist Gerry Murphy said the cold spell will last until late on Thursday and into Friday, with another very cold day in store tomorrow with temperatures between 2 and 5 degrees.