Love named as second US vice captain for 2023 Ryder Cup 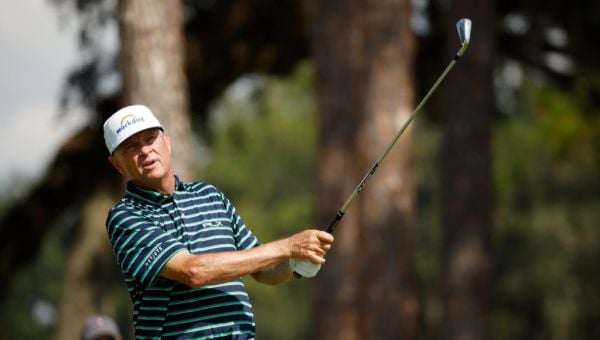 US Ryder Cup captain Zach Johnson, looking for passion and experience, appointed Davis Love III as one of his vice captains for this year’s event in Italy.

Love boasts a wealth of Ryder Cup experience having played in the biennial competition between the United States and Europe six times before serving as captain in 2012 and 2016.

“As I thought about the 2023 US team and those who we’d ask to serve as a vice captain, there was no doubt that Davis would be one of those individuals,” Johnson said in a news release.

“I will lean heavily on the experience and insight of DLIII in Italy as the US Team works to retain the Ryder Cup.”

Johnson, named captain last February, previously named his predecessor Steve Stricker as the first of his vice captains. Additional vice captains will be announced at a later date.

Love, who won his sole major at the 1997 PGA Championship, played in six consecutive Ryder Cups from 1993. He tasted victory on his first appearance and in 1999.

As captain, Love led the Americans to a 17-11 win at Hazeltine National Golf Club in 2016.

“Zach has worked tirelessly since he was named captain, and I’m ready to do whatever it takes to help Zach and the entire US Team to win in September.”

The US defeated Europe 19-9 to win the Ryder Cup at Whistling Straits last year, but the team have not won the competition on European soil since 1993.