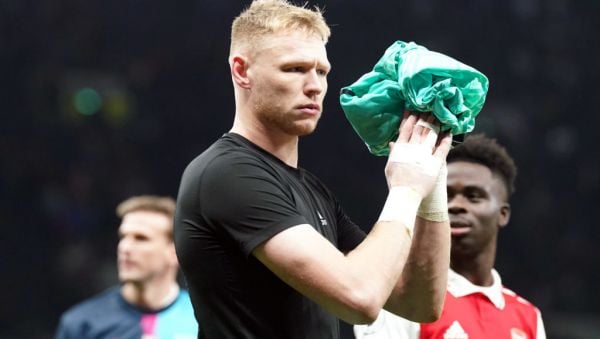 A 35-year-old man has been charged with assaulting an Arsenal player after a match at the Tottenham Hotspur Stadium at the weekend.

Arsenal goalkeeper Aaron Ramsdale was attacked after his side’s victory over Tottenham in the north London derby on Sunday.

Joseph Watts is accused of assault by beating, going onto an area adjacent to the playing area and throwing a missile onto a football playing area, the Metropolitan Police said.

Watts, of Hackney, was charged on Tuesday and is due to appear at Highbury Magistrates’ Court on February 17.

Following the incident on Sunday, the Football Association “strongly condemned” what had happened, while Tottenham Hotspur insisted that “violence in any form has no place in football”.

Police said the Met’s Football Investigations Team was assisted in its inquiries by the club.