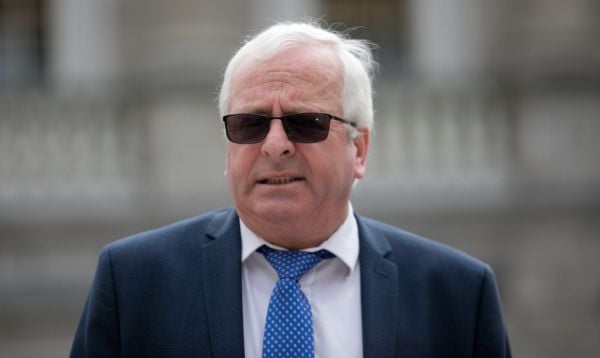 Independent TD Mattie McGrath’s use of the word “rape” in an interview on the HSE’s recruitment crisis has been described as “inappropriate”.

Speaking to Beat News, the Independent TD said that “the public in Ireland was being raped and plundered by a self-serving management system”.

Manager of the Rape Crisis Centre in Wexford Clare Williams said this could have a damaging impact for those recovering from sexual violence.

Ms Williams told Newstalk: “Hundreds of thousands have come to us over the years, both children and adults who have been impacted by the most horrendous situations that are really unbearable for most of us to even think about.

“And when something like this is heard in the public domain it can have a really damaging impact on people who are trying to recover from sexual violence.”

When asked about the comment, Mr McGrath said: “If that’s the way they want to take it up, you know what I meant… it was nothing to do with a sexual connotation. I’ve often used that term in the Dáil and elsewhere. I mean no offence in the context of a person being affected by the heinous crime of a rape.

“Totally, totally no offence in that fashion.”