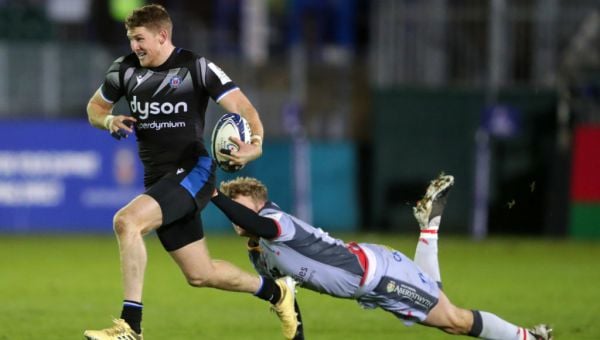 Scotland have once again taken advantage of world rugby’s recent change in eligibility rules to include English cap Ruaridh McConnochie in their Six Nations squad.

In a similar move to the one that allowed Jack Dempsey to convert from Australia to Scotland earlier this season, Gregor Townsend has persuaded the 31-year-old Bath wing to pledge his allegiance to the nation of his father’s birth three and a half years after making two appearances – including one at the 2019 World Cup – for England.

There are three other uncapped players in Townsend’s 40-man squad.

Munster stand-off Ben Healy, who will join Edinburgh in the summer, is Scottish qualified through his mother and will provide back-up for Finn Russell at number 10.

Glasgow centre Stafford McDowall and Leicester second-row Cameron Henderson are the other two included who are yet to feature for the national team.

Darcy Graham, who scored a hat-trick of tries in Scotland’s last match against Argentina in November, has not been included as he continues to recover from a hamstring injury. It remains to be seen if he will be fit enough to be called in during the tournament.

Hamish Watson and Zander Fagerson are included despite being sidelined by injury in recent months, but Scott Cummings, Rory Darge and Adam Hastings – who have also been battling fitness issues – have not made the squad.

Experienced pair Sean Maitland and Huw Jones have both earned recalls to the national team set-up.