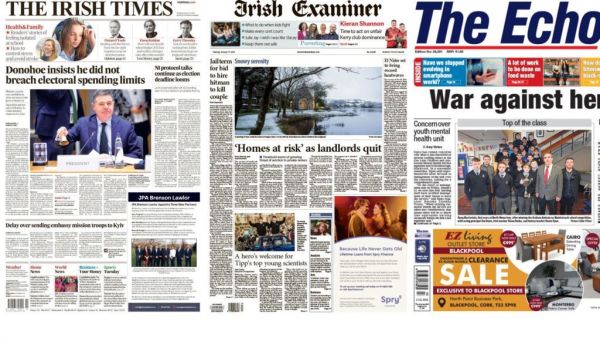 Tuesday’s front pages cover a range of topics from the continued pressure on Paschal Donohoe to answer questions about election donations, to pharmacies in Cork dealing with an opioid crisis.

The Irish Times reports that Minister for Public Expenditure Paschal Donohoe insists he did not breach any electoral spending limits during the 2016 election. 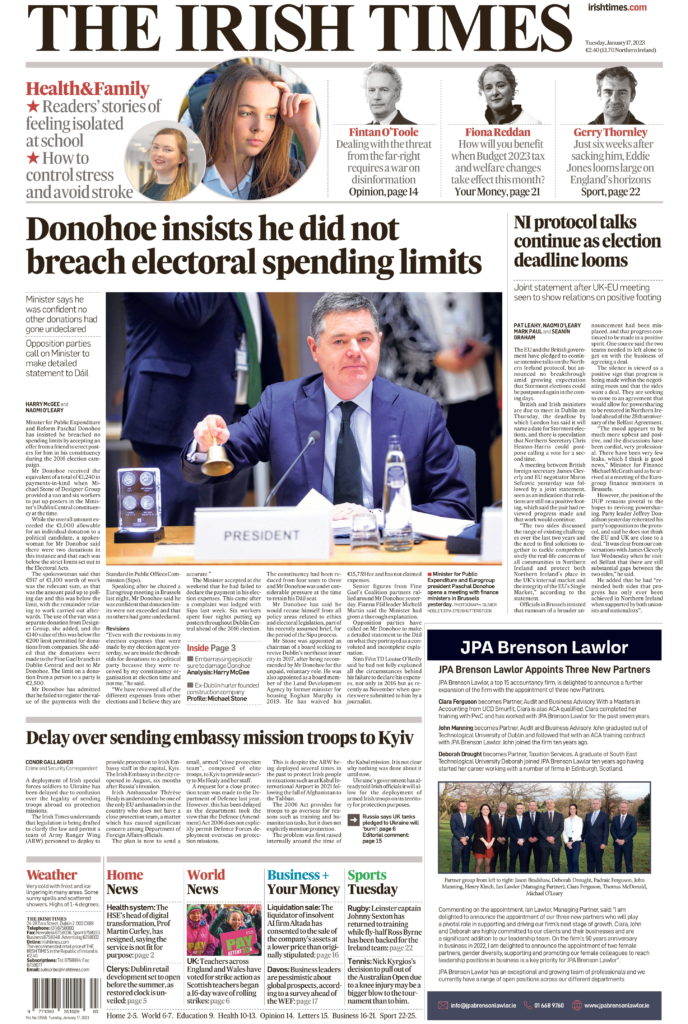 The Irish Examiner report that the exodus of landlords from the rental sector through selling up is putting households at immediate risk of homelessness. 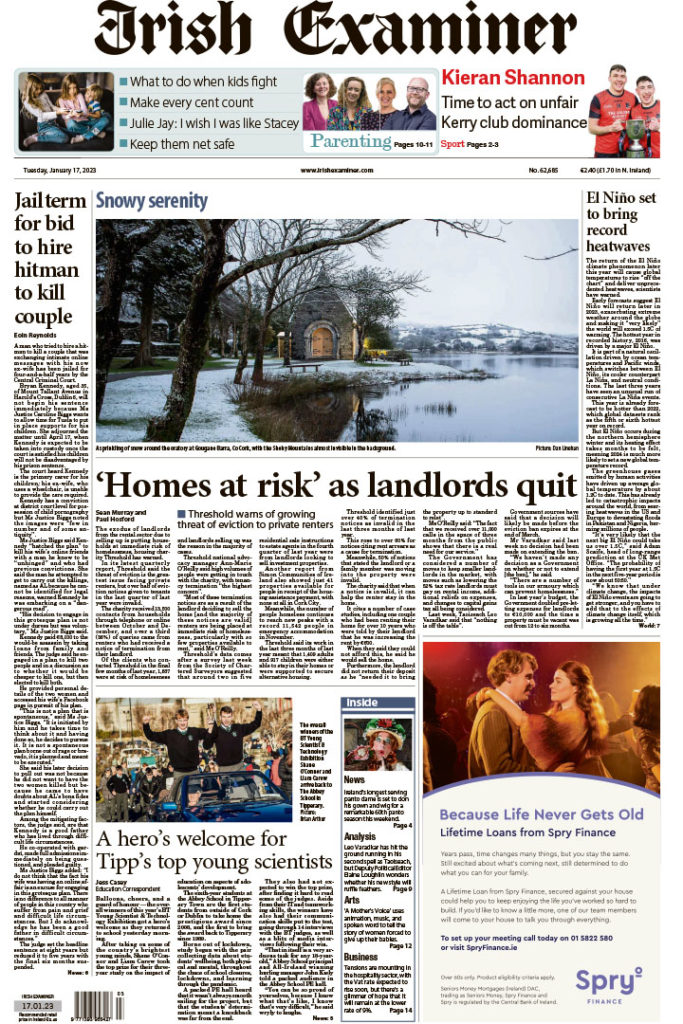 The Echo lead with a piece about 41 pharmacies in Cork providing opioid substitutions to battle heroin use in the city. 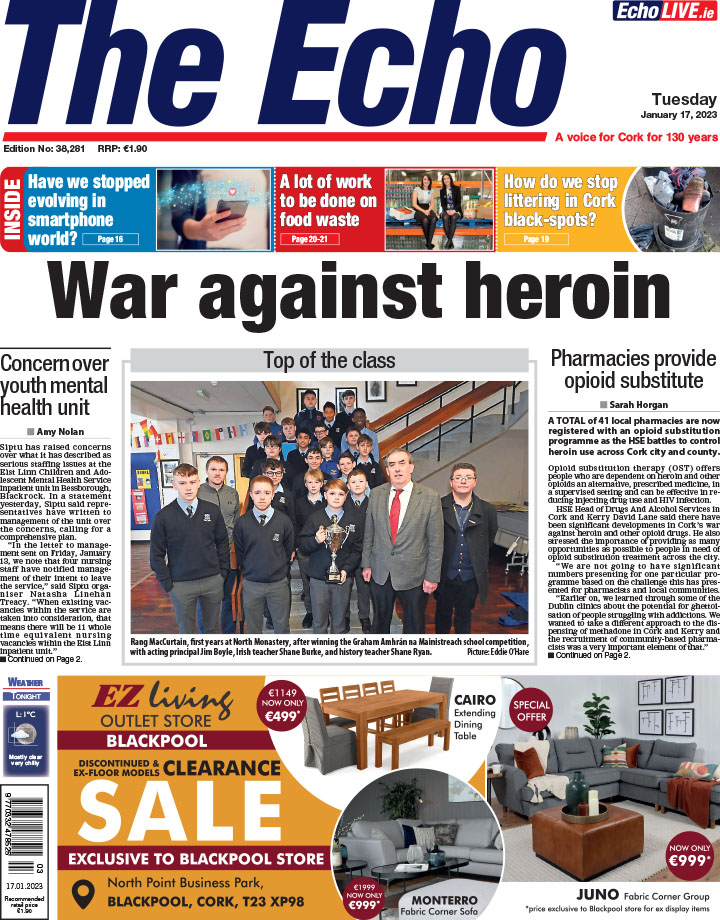 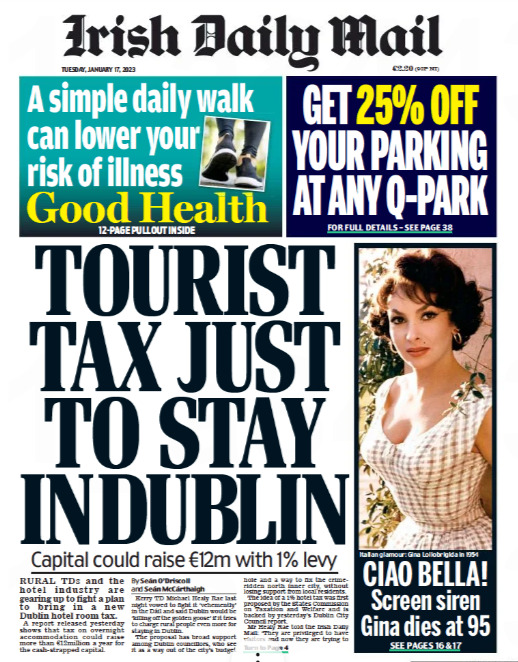 Morning readers. Here’s a look at the front page of the @BelTel this morning.

To read the full newspaper on your device, go Premium+ https://t.co/1JEC5mNPWB pic.twitter.com/PPMAhsK4ki

In the UK, Tuesday’s front pages cover Pc David Carrick, the elite armed officer revealed as one of Britain’s most prolific sex offenders.

The Sun reports on the nine missed chances to stop the “monster of The Met”.

The Daily Mirror also reports on the missed chances and refers to “fury” over failures by the Metropolitan Police.

The Daily Telegraph leads on the words of Met Commissioner Mark Rowley, admitting that the force “failed”.

TELEGRAPH: ‘We have failed. He should not have been an officer’ #TomorrowsPapersToday pic.twitter.com/WHSCiqqK6r

The Daily Express asks how bosses did not stop Carrick.

EXPRESS: Just how did police miss serial rapist in its ranks? #TomorrowsPapersToday pic.twitter.com/CGj9IEsk4r

The Daily Mail asks the question: “Just how many more monsters in uniform?”

MAIL: Just how many more monsters in uniform? #TomorrowsPapersToday pic.twitter.com/j2Vqv7s3nH

The i and The Independent also focus on the Carrick case and the crisis in the country’s largest police force.

The Times leads on the disruption facing pupils when teachers take part in strike action.

THE TIMES: Mass walkout by teachers will hit millions of pupils #TomorrowsPapersToday pic.twitter.com/5MHfWzuVS4

The Daily Star reports on the arrest of Mafia boss Matteo Messina Denaro.

And the Financial Times leads on US pharma groups pulling out of NHS deal in warning shot over drug pricing.