A beautiful tribute to Manus Ward who has passed away, aged 14, after an illness 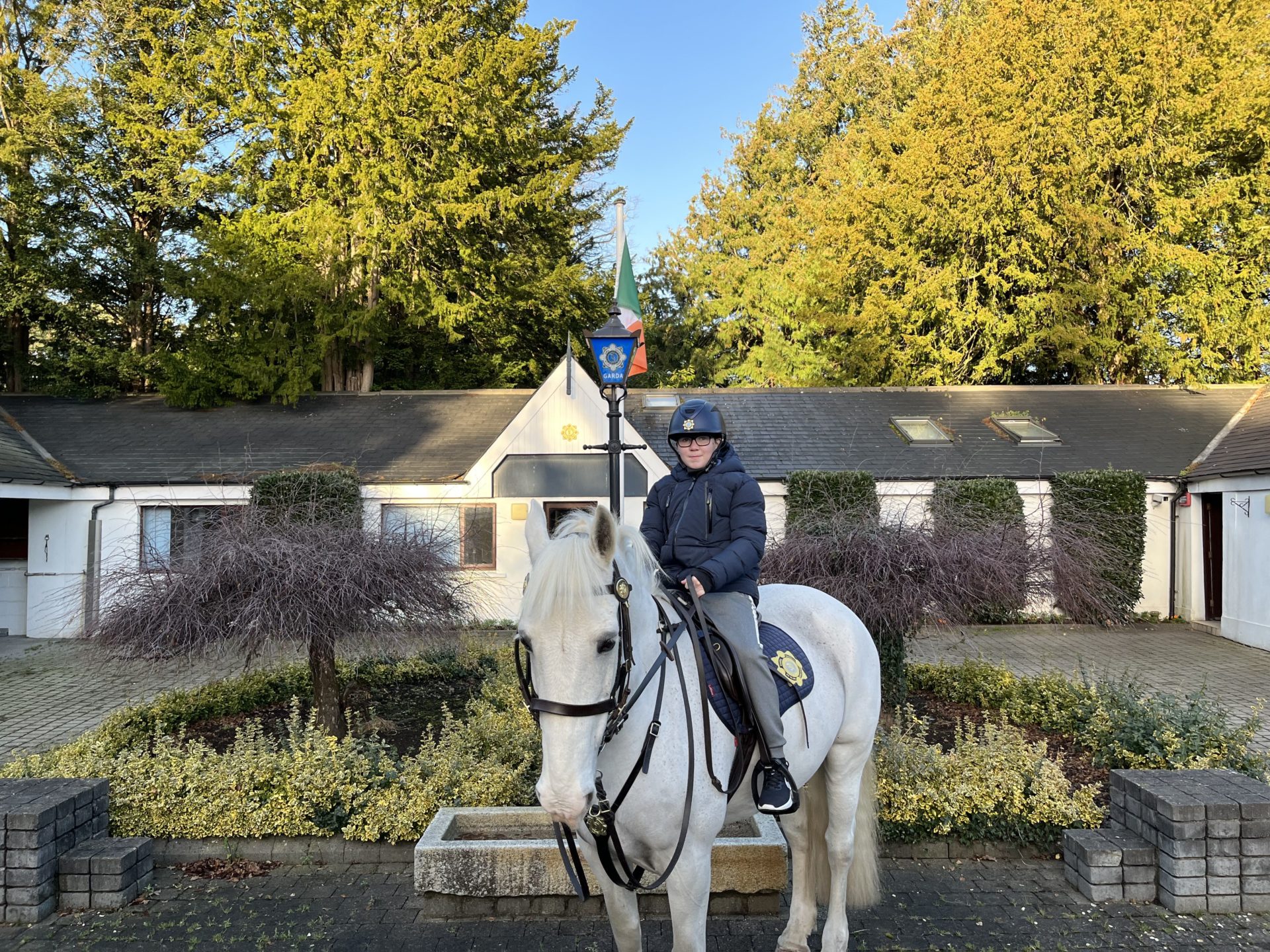 THE school friends stood shoulder to shoulder in the bright winter sunlight outside the church to provide a guard of honour for their young friend who had always made them smile.

From near and far, the friends, family and neighbours of Manus Ward had travelled to gather at the Church of St Peter and St Paul in Ballon on Sunday 8 January to celebrate his life. Manus had lived his short life with constant good humour, witty one-liners and loved nothing more than a good party, it was recalled.

Manus was supported by his parents Bernard and Ann Ward, and his brothers Oisin and Conal on every step of his formidable journey since he was diagnosed with a brain tumour over 15 months ago. It was a journey on which he showed great strength, resilience and courage far beyond his tender age of 14 years. He passed away peacefully at his home in Kilbride, Co Carlow on 6 January.

“He had an ever-present smile, bubbly personality and presence that would light up a room. His excitement was infectious and to know him was to love him,” his family recalled of their cherished middle child.

His family described the support that they received from so very many people, including his heartbroken grandparents Elizabeth and Tom Malone, Margaret and Edward Ward, and their close extended families, his friends, neighbours, their colleagues, Ballon National School and Tyndall College as “unmeasurable”. Throughout his illness, he was treated with great kindness by the medical teams in Crumlin and Temple Street hospitals, Dolmen Family Medical Centre, the staff at McCauley’s Pharmacy, Shamrock Plaza, LauraLynn, Éist Carlow and the Irish Cancer Society. 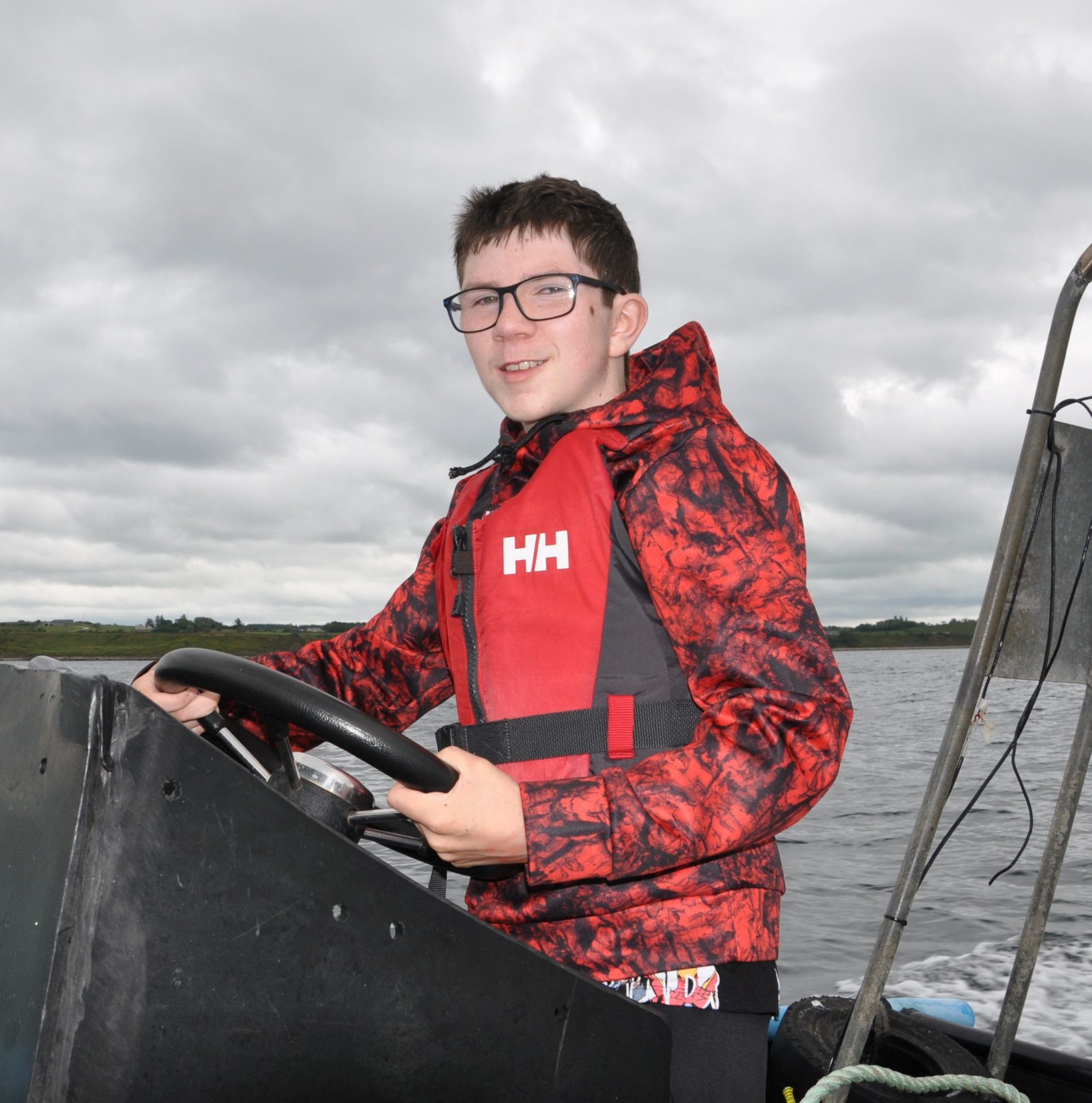 As Bernard recalled: “We truly appreciate the role that doctors, nurses, carers and cleaners play every hour of every day in our hospitals. There are so many to mention, but especially Dr Sinead Byrne, his aunty, nurse Una O’Neill, nurse Laura Flaherty, Manus’s oncologist Dr Noelle Cullinan, neurosurgeon Darach Crimmins and radiologist Patricia Daly.

“Their skills, knowledge and dedication to their specialist professions is truly amazing, and it gave Manus and us two additional Christmases packed with fun and laughter.”

Fun and laughter were a hallmark of life with Manus. As a middle child he always knew how to charm his family and make them laugh.

“Manus made time to hug, chat and laugh, a trait that will be tenderly missed. He made time for chocolate and sweets, and always made sure to have a good-size pocket to put them in. He made time for words, only if needed, and if not, he would respond ‘nah’, or ‘I don’t know’ would suffice. He made cracking time for his one-liners coupled with colourful language that often left us giggling and reminiscing for days. Even in his last few hours, he had us laughing with yet another witty remark. He loved time with his school friends. He loved a homework pass and had a severe allergy to maths,” recalled Ann.

It was through the support of the Make-A-Wish Foundation, along with the kindness of Áras an Uachtaráin and the Garda Mounted Support Unit, plus the Dublin Airport Authority, that he got to live out many of his dreams over the past year.

His endeavours are etched in memories and captured in beautiful photos showing him beaming after learning to drive at Mondello Park; sitting proudly on the back of a horse in the Garda Mounted Unit; and brandishing a water hose from the fire brigade at Dublin Airport.

“Manus had always dreamed of being able to drive a car. With the help of the Make-A-Wish Foundation, he got to learn to drive an automatic car and then took a spin in a Porsche at 160kph around Mondello on 5 December. He was on a high after it,” said Bernard.

Manus also enjoyed music and was delighted to meet Shane, Nicky and Cian after the Westlife concert in August last year. A truly special event, as Manus sang along to every song.

Among his many pastimes, such as making Lego and trips to the beach for kayaking in Donegal, it was horse riding that was his first love.

“Time is the most important precious gift that life can give you. Manus was a master of making good use of his time. Such as getting up on a horse six weeks after brain surgery, and he would have done it sooner if he was allowed. He had a deep love and natural affinity with animals, including his favourite horses Finn and Lucy, and his dog Penny,” said Ann.

“He made time to adapt to all challenges that were handed to him since the day he was born and adapted his ways, so that he could live life to the fullest. He made endless time for his family and parties. In fact, he was known to create family events just to get everyone together. Memories that we will now cherish forever.”

His close friends Seán, Liam, Callum and Zack took part in the ceremony and ensured that Manus had a nice stash of Haribo to take on his final journey.

As his life was celebrated at his funeral Mass, musician Jack Gladney was assisted by Manus’s cousins Darragh and Lauren Morrissey in performing one of his favourite Westlife songs ***You raise me up***.

His family, cousins and his friends carried up symbols to mark his loves, such as Lego, horse-riding gear, his phone and a book of jokes with his iconic one-liners.

His family and friends in the church wore a white chrysanthemum, symbolising the friendship and happiness Manus had shown to all.

Fr Jim O’Connell captured the essence of Manus, as he remarked on his beautiful friendships and that it was his first time to wear flowers at a sermon, as he was never married or was never a best man, and “thanks to Manus, I get to be best man as I’m wearing flowers today”.

In his heartfelt eulogy, his uncle Paul Ward said the message from the life that Manus had lived was to enjoy what is right in front of you.

“We would like to close with an adapted phrase from the last page of Vicky Phelan’s book, keeping in mind the love Manus had for horse-riding and the water. Some of Manus’s ‘ashes will be scattered in the Wild Atlantic Ocean, where only the white horses can catch him’.

“Thanks for being you, Manus, we will all miss you.”