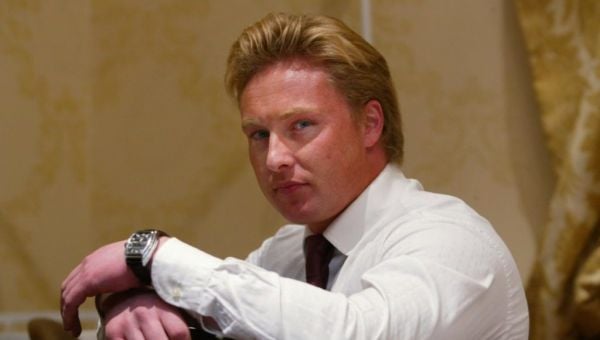 A High Court judge has described Celtic Tiger restaurateur Marcus Sweeney as “up to his oxters” in organised crime.

The judge said the bureau made out a “very compelling case” for him to rule that there was a “high degree of probability” that the site at Waynestown was acquired by EWM with crime proceeds.

The Cab alleged EWM purchased the land for €102,000 using, in part, cash from unknown sources, another investment company and from an innocent investor.

That money given by other investors was used for a different purpose meant the property was purchased with crime proceeds, the judge said. One of the investors, an apparent friend of Mr Sweeney’s, was “taken advantage of”, with money she intended to invest redirected, he added.

The judge said the firm appeared to be involved in what he described as a “highly dubious investment scheme”.

Mr Sweeney (45), who ran Il Pomo D’Oro on South William Street before a receiver was appointed in 2007, did not appear in court and was not represented during the hearing.

He is alleged to be the director and founder of EWM and Evergreen Wealth Management Limited, the latter of which accepted €721,000 worth of cash lodgements from unknown sources between 2014 and 2020, the Cab alleged.

The bureau claimed Mr Sweeney and another named individual accepted in a statement to gardaí that the source of this cash to Evergreen was not as described by the lodgement dockets.

The bureau said it suspects Grendon invested significantly higher cash amounts in Evergreen. Grendon was not a party to the Cab’s proceedings.

The court was also told gardaí witnessed Mr Sweeney meeting in 2019 with two men who were later arrested for possession of nearly €1 million worth of heroin.

Mr Sweeney is also alleged to have an association with other known criminals in Ireland and abroad.

Mr Justice Owens said he had “no hesitation” in making interlocutory orders under section 3(1) of the Proceeds of Crime Act of 1996 regarding the Co Meath property.