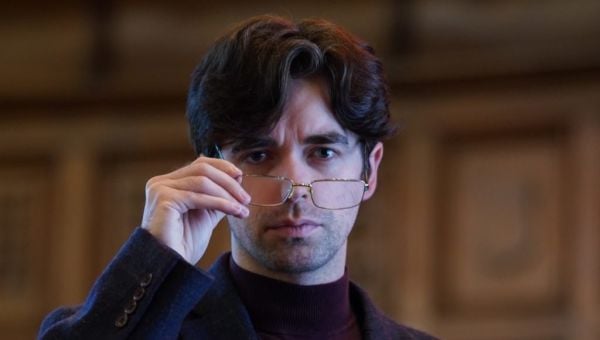 The life of late Nobel laureate John Hume is to be portrayed by an actor from his native county in a new musical drama.

The production honouring the long-time SDLP leader and key architect of the Good Friday Agreement will premiere in the spring to mark the 25th anniversary of the historic peace accord.

HUME – Beyond Belief will be performed in the politician’s home city to commemorate the 1998 deal that largely ended years of violent conflict.

Co Derry actor Conor O’Kane was unveiled in the lead role on Wednesday.

O’Kane, who trained at Mountview Academy of Theatre Arts in London, was previously nominated Best Male in a Musical by the Off West End awards body for his performance as George in Miss Nightingale at The Vaults.

The play will be staged at Derry’s Guildhall and will involve actors from the city’s Playhouse Music Theatre Company.

The drama will tell the life of Nobel Peace Prize winner Mr Hume and his wife Pat, who both died within the last three years.

It is being made in partnership with the John and Pat Hume Foundation.

The play will run over eight nights, with the final performance on April 7th being screened live to a global audience as part of a series of events to mark the 25th anniversary of the agreement.

It is the second part of a peace-building trilogy of works planned by The Playhouse and comes after its successful The White Handkerchief production last January, which marked the 50th anniversary of Bloody Sunday in Derry.

The casting announcement was made on what would have been John Hume’s 86th birthday.

“It’s a lot of responsibility and it’s very exciting for me as an actor because it’s an opportunity to delve into some serious detail and history, stuff that’s well documented,” said O’Kane.

“There’s a lot for me to draw from in terms of my own experience and other people’s experiences and making something artistic out of that.”

Hume’s daughter, Aine Abbott, said watching the musical would be an emotional experience for the family.

“We are confident that The Playhouse will honour the ideals and aspirations held by my parents and the many people who worked alongside them,” she said.

“My father’s career held both triumph and hardship, but he was a warm, slightly eccentric, kind and funny family man, a man who loved nothing more than to sing. He was a proud Derry man.

“It will be emotional for us to see his presence step on the stage of the Guildhall.”

The Arts Council of Northern Ireland has awarded the production £50,000, and it is also supported by The Irish League of Credit Unions (ILCU) in recognition of John and Pat Hume’s contribution to the Credit Union movement in Derry and throughout Ireland.