Enoch Burke refuses to stay away from school, so disciplinary process to go ahead 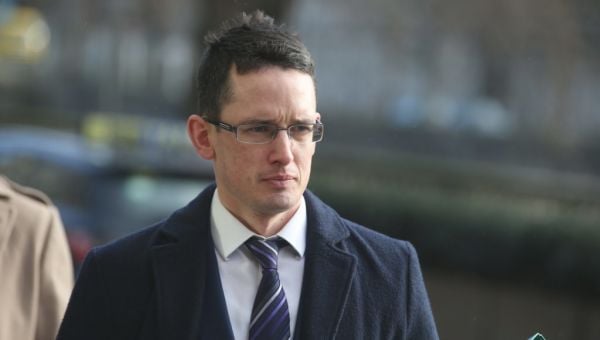 A High Court judge has refused to grant Enoch Burke an injunction halting disciplinary proceedings against him after the teacher said he will not comply with a previous court order to stay away from a Co Westmeath school.

This means the disciplinary hearing is likely to go ahead later this week.

Mr Justice Conor Dignam on Tuesday said that the teacher had raised strong grounds that would allow the court to make orders preventing Wilson’s Hospital School in Co Westmeath from proceeding with a disciplinary meeting due to take place on Thursday.

Due to the teacher’s ongoing refusal to comply with a court order requiring Mr Burke to stay away from the school until the proceedings have been determined, the judge said that the balance of justice was tipped in favour of refusing to grant the injunction.

However, the court said it would be prepared to grant the injunction, which would remain in place until the full hearing of the dispute between the school and Mr Burke has been determined, if the Co Mayo teacher was prepared to comply with an order granted last September directing him to stay away from the school while he is suspended on pay.

When the matter returned before the Judge on Wednesday morning Mr Burke informed the court that he would not be complying with the orders granted last September, which he said were flawed and in breach of his constitutional rights.

He said he had “won” the injunction, and that the court had agreed that he had made out a strong case that the disciplinary process commenced by the school, which he says arises out of his refusal “to participate in trangenderism”, was fundamentally flawed and should not be allowed to proceed.

He added that “justice was withheld from me” and he would not be given “an injunction that I deserve” due to the court’s decision that it would only grant him an order halting the disciplinary process if he complies with the earlier injunction requiring him to stay away from the school premises.

Last September’s order against him, he said, was an “abomination” and had been made by judges of the High Court which he said had “taken refuge in a lie” that the case was not about his religious objections to transgenderism and to a direction by the school to refer to a pupil who wishes to transition by another name and by the pronoun ‘they’.

In reply to Mr Justice Dignam said that he wanted to make it clear that by refusing to comply with the order to stay away from the school Mr Burke had not won his application for an injunction and dismissed the matter.

The decision clears the way for the disciplinary hearing to proceed on Thursday, at a Mullingar Hotel.

However, the court accepted that Mr Burke may seek to appeal his decision the Court of Appeal.

The full hearing of the dispute between Mr Burke and the School over his suspension, the judge also noted, will take place shortly.

Mr Justice Dignam, said he would deal with both side’s applications for their legal costs at a later date.

The disciplinary hearing stems from allegations about Mr Burke’s behaviour towards the former School Principal Niamh McShane at a school function last June when the teacher is alleged to have openly and publicly voiced his opposition to transgenderism.

He claims his suspension relates to his opposition to the school’s direction to refer to a student at the school, who wishes to transition, by “a different name” or a “they.” rather than a ‘he.’

Mr Burke denies any wrongdoing and has argued that his suspension, and the subsequent court orders, including one which saw him jailed for over 100 days for contempt against him, amount to a manifest breach of his constitutional rights to religious freedom.

The school denies Mr Burke’s claims and had opposed his injunction application.

In his decision Mr Justice Dignam accepted that Mr Burke had made out a strong case that his challenge against the school decision to bring disciplinary proceedings against him would succeed at the full trial of the action.

Mr Justice Dignam also agreed with submissions by Rosemary Mallon Bl for the school, that Mr Burke had not come to court with “clean hands”.

Mr Burke, he said, had refused to comply with a Court order obtained by the school, resulting in his incarceration for 108 days for being in contempt of court.

The order was sought after he refused to abide with the terms of his paid suspension and stay away from the school.

He was released from prison before Christmas but had again breached the order by attending at the school after the holidays concluded on January 5th last.

The court said that it was not prepared to grant the injunction halting the disciplinary process if the defendant persists in his stated intention.

Rather than dismiss the application, the judge gave Mr Burke an opportunity to consider the court’s decision and listed the matter before him on Wednesday morning to see if he was prepared to comply with last September’s orders.