Explained: Jim Ratcliffe – who is the Ineos founder bidding for Manchester United? 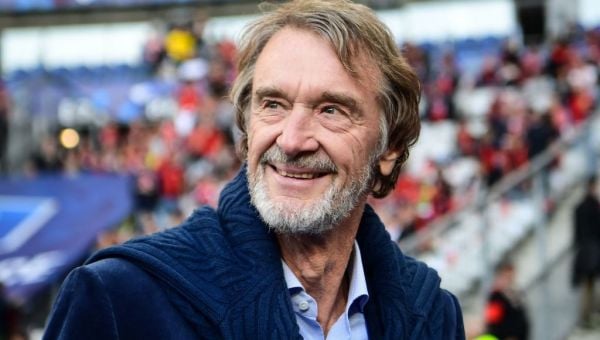 Who is Jim Ratcliffe, and what is his net worth?

Jim Ratcliffe, 70, was born in Failsworth in Greater Manchester.

He founded the Ineos chemicals group in 1998 and is the company’s chairman and chief executive officer with a two-thirds stake.

According to Forbes, he has a net worth of $15.5 billion (€16.7 billion), making him the 112th-richest person in the world and one of Britain’s most wealthy businessmen.

Mr Ratcliffe is the first potential bidder to publicly declare an interest in purchasing Manchester United.

In August, Reuters reported that Mr Ratcliffe had expressed an interest in buying United.

Last year, Mr Ratcliffe failed in an attempt to buy London soccer club Chelsea, which was purchased by an investment group led by American Todd Boehly and Clearlake Capital.

What does Ineos make?

The name Ineos was derived from INspec Ethylene Oxide and Specialities, a previous name of the business.

As of 2021, it is the fourth-largest chemical company in the world.

The BBC reported Ineos generates sales of around £50 billion (€57 million) and employs more than 26,000 people.

According to the company’s website, Ineos comprises 36 businesses with 194 sites in 29 countries throughout the world and also encompasses consumer brands and sports interests.

Its raw materials are used in packaging for toiletries, medicines and food, mobile phones and furniture.

Has Ineos invested in sports before?

The chemical firm has for a long time been involved in the world of sports, with links to Formula One, cycling, sailing, soccer and rugby.

Ineos is the principal partner to eight-times F1 champions Mercedes and a one-third shareholder of the team which is owned in three equal parts by Mercedes-Benz Group AG, Ineos and Toto Wolff.

The company is the official performance partner to the New Zealand rugby national team, who are popularly known as the All Blacks.

Their sporting portfolio also includes the Ineos Grenadiers, one of the world’s most successful cycling teams.

Who else is bidding for Manchester United?

The Glazers, United’s US owners, said in November they had begun looking at options for the 20-times English champions, including new investment or a potential sale, 17 years after they bought the Old Trafford club.

Bloomberg News reported this week that United, Tottenham Hotspur or Liverpool were being targeted by Qatar Sports Investments (QSI) for a potential acquisition.

Spurs, however, said: “there is no truth in reports that a meeting took place regarding the sale of equity in the club”.

QSI is currently the owner of French champions Paris St Germain and has a stake in Portuguese soccer club SC Braga.