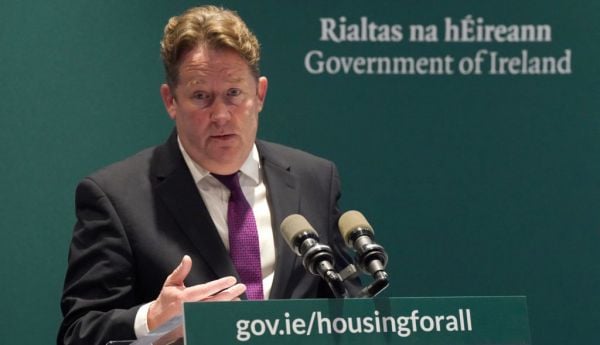 The Government has announced a multi-million euro scheme to repair Celtic Tiger-era apartments, after it was revealed that thousands across the State were not built to standard.

The Cabinet has agreed to draft legislation to support the remediation of apartments and duplexes with fire safety, structural safety and water ingress defects.

A working group report published in July found that up to 100,000 apartments and duplexes built between 1991 and 2013 were defective, with fire safety being the most prevalent issue.

The scheme is estimated to be worth between €1.5 billion and €2.5 billion.

A “whole building” approach will be taken, the Government said, ensuring common areas and shared spaces are also remediated where required to the relevant standard.

Speaking outside Government Buildings on Wednesday, Minister for Housing Darragh O’Brien said that the scheme would be “fully funded” and that “lessons have been learned” from the past.

“So, from the Government decision today, any work that is underway, or indeed is contracted, will be covered within the scope of this fully-funded scheme.

“We’ll use the mechanism of the owner management company to make the payments to the scheme. So there will be no one excluded from it, and there will be limitations within it but, obviously, if we’re to remediate an apartment block the full cost of that needs to be covered.

“Lessons have been learned and need to continue to be learned,” he added, saying that the regulations in place at the time were not “sufficient”.

“We would expect some payments to be made this year, depending on when applications are made, I would say more next year as the scheme is fully stood up.”

He said that the firms responsible for the defects in the apartment “do have a moral responsibility to contribute, no question of that”.

Apartment owners at one ‘defective’ Dublin complex have welcomed the Government’s plan. However, there is concern over potential delays in accessing the money.

Owners of apartments at The Crescent, in Park West, Clondalkin, were told last August that they had to foot a bill of €68,500 per apartment to pay for urgent remediation work, after a number of fire safety issues were discovered in the building. Since then, they have campaigned for the Government to implement a redress scheme.

Sam and Odette Doran, who have owned a one-bedroom apartment in The Crescent since 2003. “It’s great news but we’re not jumping up and down,” said Sam. 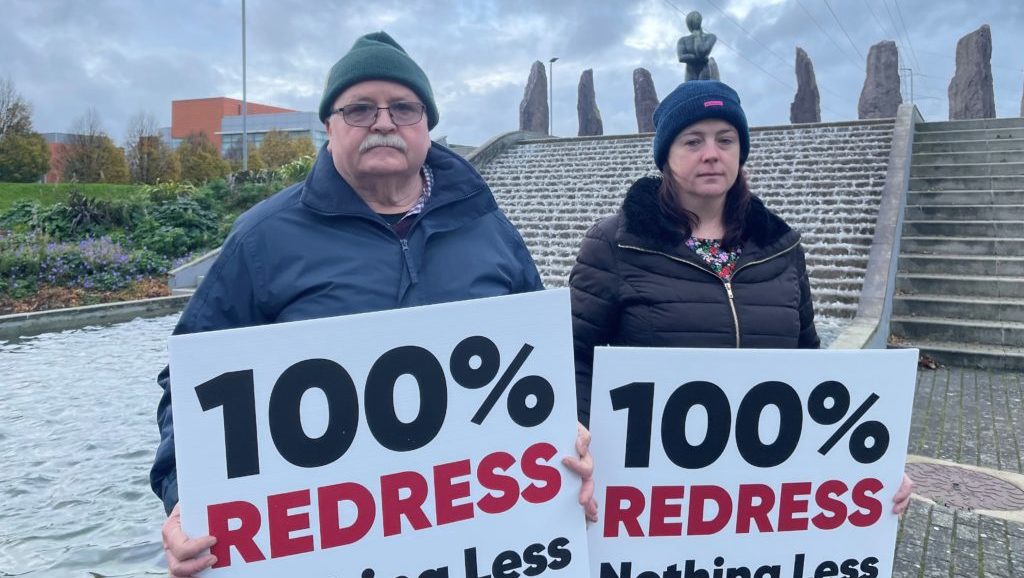 Sam and Odette Doran, owners of an apartment in The Crescent, Dublin 12

“They need to start rolling [the scheme] out now.

“It’s good news, it’s step one, but we just still need to push another bit.”

He pointed out that previously, the Minister noted that the scheme may not be rolled out until 2024.

A delay in carrying out remedial works could cause problems for residents and homeowners, both with insurance firms and Dublin Fire Brigade.

“We can’t commence any of these works because we don’t have this money [yet].”

“It’s good news, but we need to accelerate [the process].”

Sam stressed the importance of the minister giving an undertaking to roll out a retrospective, 100 per cent redress scheme. “they’ve given a commitment there, which is great”.

Pat Montague of the Construction Defects Alliance said that the scheme will have to be operated by owners’ management companies as they have responsibility for safety in apartment buildings and were the only people that could ensure that buildings are fully safe and operating properly.

An implementation group will have to be established to design a scheme that is fit for purpose, he added. Mr Montage also said that 70 percent of Celtic Tiger era apartments – he estimated at least 90,000 – had defects which would have to be corrected.