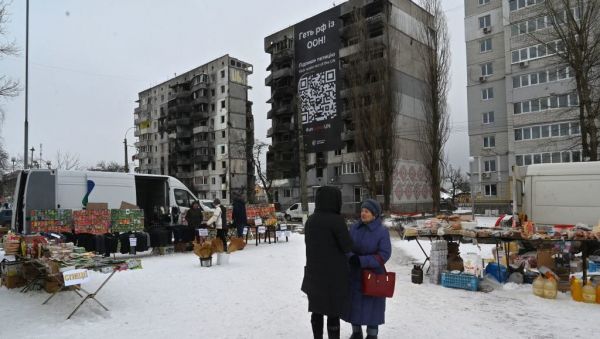 A TD has said the delay in sending Irish soldiers to protect embassy staff in Kyiv was avoidable as recommendations were made in the Commission on the Defence Forces report.

“If you have a part-time minister, you’re going to have part-time results and what has happened over the last 24 hours is a classic example of balls being dropped. If there was full-time political governance in Newbridge these issues would be caught early and addressed.”

You need to listen to your military people and if you’re not prepared to do that, these issues will inevitably occur.

Mr Berry said the fact the legislation has not already been amended “with four words, ‘for close protection duties’, has put “unarmed civilian diplomats in harm’s way”.

“It’s a simple thing to change a piece of legislation by four or five words and you have to ask the question, why wasn’t it done?”

“Unarmed civilian diplomats are in harms way with no security backing. A body guard, or close protection team would be providing medical backup in case anything happens from an injury perspective, they provide secure encrypted communications back to Ireland. They’ve armed vehicles… bombardment protocols, a safe room in the event of an attack, convoy security.., all the basics that every other country would provide as a default but for us, it seems to be a massive struggle to take people’s protection seriously.

“People have been flagging this, the Commission on the Defence Forces flagged it, the Department’s high level action plan flagged it in July, and it still isn’t done.

“In 2021 a lot of defence legislation went through the Dáil and this could easily have been included. You need to listen to your military people and if you’re not prepared to do that, these issues will inevitably occur.”