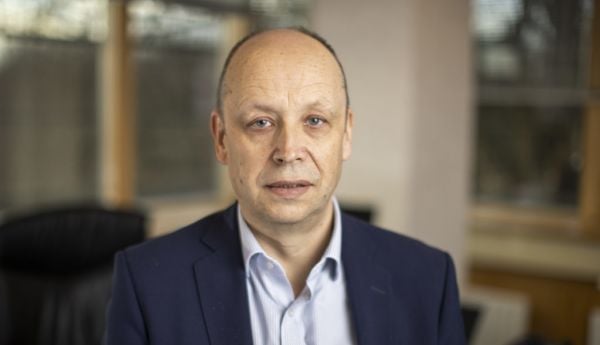 Peter May, the permanent secretary at the Northern Ireland Department of Health, insisted the problems facing the system were “fixable” but only with extra investment and security over future funding.

Mr May also said the powersharing impasse at Stormont was having a “significant impact” on efforts to reform and improve healthcare delivery in the region.

“Funding is not the sole solution for health and social care but there is no solution without it,” he added.

“It is also inevitable that some difficult choices will be required on budgetary priorities.”

Mr May took charge at the department at the end of October when former minister Robin Swann was removed from post as a consequence of the political stalemate at Stormont.

The UK government has moved to give permanent secretaries some additional powers to take decisions within Stormont departments, but they are still significantly hamstrung when it comes to major policy moves.

Last month, Mr May introduced a series of measures aimed at easing the unprecedented pressures being experienced at accident and emergency wards in the region.

Speaking to the PA news agency on Wednesday, he insisted those steps were beginning to pay dividends.

“Last month we saw unacceptable pressures, unacceptable for patients and for those working in emergency departments,” he said.

“We announced before Christmas some steps to try to reduce the turnaround times for ambulances and to increase the discharges from hospital and we are seeing some progress now.

“So before Christmas, and immediately after Christmas, 25 per cent of our ambulances were waiting more than three hours outside of hospital. In the last week, that’s about 5 per cent. So that’s real progress.

“And it’s come about as a result of a whole-of-system piece of work, involving our emergency departments, the wards in hospitals are looking after more patients than they normally would, our social care partners and primary care are all working together to try to minimise the pressures on our health and social care system.”

Mr May identified a series of longer-term measures that were required to lift pressure off the hospital system.

Those include increasing domiciliary care and wider social care capacity; a greater focus on community-based care to help people live healthier lives and reduce the need for acute hospital attendances; and reconfiguring the acute hospital network to create specialist hubs.

“Some but by no means all of these measures will require both additional investment and political leadership,” he said.

He said his message for staff, patients and the wider public was not to give up hope in the health service.

“This is fixable, it is possible to make our health and social care system work better,” he said.

“What we can’t do is to magic away the pressures that we face today, this is a long term game and there’s no one simple answer to it.

“But through a combination of small improvements taken together with sustained investment, and that kind of key political decision-making about how we’re going to configure and reconfigure our services, we can see a way forward that will improve the situation. It won’t make it miraculously perfect, but it will remove the worst of the pressures.”

The senior civil servant outlined the consequences of having no political decision makers in place.

“So we’re operating in an environment without a clear plan for Northern Ireland, a three to five-year plan that the Programme for Government would be.

Mr May said it would not be appropriate for him to take significant decisions on reconfiguring the hospital network in Northern Ireland.

“I don’t believe that that’s the sort of decision that an unelected public official should take,” he said.

“There’s an accountability deficit at the moment because there’s no assembly, there’s no minister, and I think I and all of my permanent secretary colleagues are really conscious of that gap and the need on the one hand for us to do the best we can for the people we serve and on the other hand not to overreach and to move into a space that it wouldn’t be appropriate for us to be in.”

On the ongoing pay disputes involving health unions, Mr May expressed hope that a resolution with the UK government could be found.

“The policy we’ve adopted here, our outgoing minister had a past policy of pay parity (with elsewhere in the UK), and that’s the policy that we will continue,” he said.

“We’re looking and hoping that the UK government working with the unions can resolve this dispute quickly.

“I think it’s important people get fairly recompensed for the work they do.

“But it’s also important that we create a working environment for them, one that they feel comfortable in, they feel that they can do their job in.

“And when the pressures are very extreme then that can come under challenge, so there’s work for us to do in that regard to make sure that we create a decent working environment for people.”