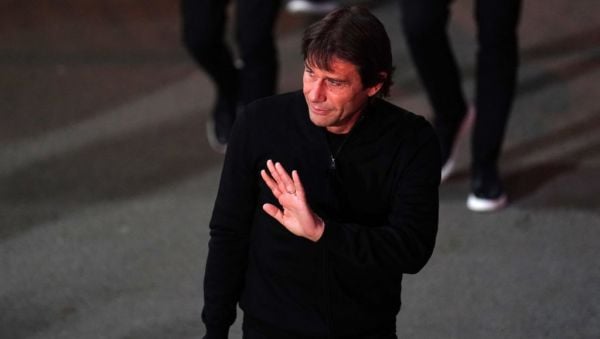 Antonio Conte is proud of his hard work and commitment to football management but admits losing three close friends has left him questioning his long-term future.

That was then followed by the death of Conte’s former Juventus and Italy team-mate Gianluca Vialli earlier this month.

At 53, Conte is the same age as Mihajlovic was at his time of death, while Vialli was just five years his senior.

Asked ahead of Tottenham’s Premier League trip to Manchester City how he was feeling after such a difficult time, the Italian replied: “For sure, this season is a difficult season from a personal aspect.

“Because to lose in such a short time three people that I knew very well – before Gian Piero Ventrone, then Sinisa and now Gianluca. It was not simple.

“For sure, when this situation happens, it brings you to have important reflections. Because many times we think and we give a lot of importance to our work and we forget the family, we forget that we need to have more time for us.

“This season is a difficult season for me as a personal aspect. For sure, this season is making me to have an important reflection on my future.”

Conte’s contract at Spurs runs out at the end of the current season but, while his future at the club remains uncertain, he insists he remains committed to the challenge despite recent hardships.

“When you work and the work is at the top of your mind in your head and maybe, sure, maybe (there are) times we forget to stay with the family, we forget to spend time with friends,” he said.

Ahead of training, players and first team staff held a ceremony where an Italian Evergreen Oak tree was planted, and a minute’s silence was held in memory of Gian Piero Ventrone 💙 pic.twitter.com/LFGxYXpCKR

“But this is our passion and for the passion we lost a lot of things. When this situation happens, I think you start to think that maybe sometimes it is also good to give more time to your family and friends and also to yourself. The work is not everything in the life.

“You can tell me I could be not a good coach, but about the commitment and what I give the club where I work, no club was unhappy about this.

“Usually when I left the club they regret me leaving a lot because they knew the way that I work and the commitment I put into the club, what I give for the club.

“Yes. I think this. But in this aspect I am really happy for the way that I am.

“You only get tired if you work. I work a lot and for this reason it is normal to be tired. Many people don’t look tired – that’s because they don’t work!

“I work a lot for this club, believe me. I give everything for the club. Not only for Tottenham – for Inter, for Juventus, for every club where I was the coach.

“It is normal that when I finish the day I am tired because I work a lot for the club. And for this reason the club want me to stay for a long period.”