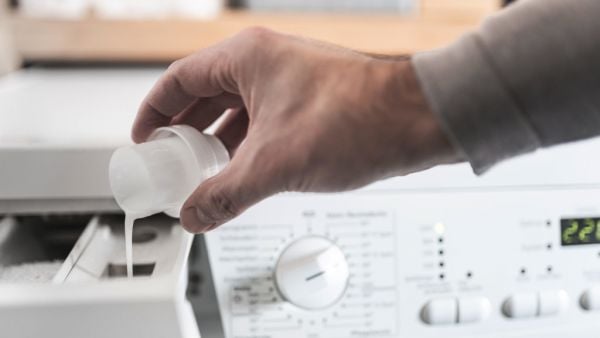 A young boy who fractured his arm when he claimed his zip got caught in a washing machine door has settled his High Court action for €25,000.

Jamie Luke Moran was nearly five years of age and was playing at home when it was claimed his zip got caught and the door of the family washing machine, which was in operation allegedly opened.

The boy, it was claimed, lost his balance and his right arm went inside the tub and he suffered a double fracture.

The boy’s counsel Conor Halpin SC, instructed by Barra Newham solicitor, told the court it was “a bizarre case” which occurred as Jamie was “running and playing” with his seven-year-old brother.

The child was taken to hospital where he had to have surgery but has since made a full recovery.

The settlement against Electrolux Group Ireland Ltd is without an admission of liability and Counsel said it represents just about half the full value of the case because of the difficulties in relation to liability.

Counsel said the settlement also includes a further €25,000 towards the boy’s legal costs.

It was claimed that as a result of his clothing catching the washing machine door, the boy lost his balance and his arm allegedly became caught in the spinning motion of the machine.

It was further alleged his arm was severely twisted amongst the clothing and he was very shaken and upset.

He was brought by ambulance to hospital where it was found he had a double fracture and a “floating elbow”. He had to have surgery after which he had to wear a cast for six weeks. He had a further procedure the following month but later made a full recovery.

It was claimed a washing machine which was allegedly defective had been provided.

Electrolux denied the claims and said it did not provide a washing machine which was defective, unsafe or constituted a hazard as alleged.

It also contended that any injury caused was not attributable to any wrong on the part of Electrolux, but arose by reason of the actions of a person unknown subsequent to the sale of the product.

Counsel told the court engineers who had examined the machine afterwards found the door in the locked position. He said they could not recreate the scenario and the machine was found to be in working order.

The washing machine was then sent for assessment in the UK. The Moran’s machine had been manufactured in early 2008 and bought by them in July of that year. The inspection report identified a plastic latch plate in the washing machine locking system which had a stamp from 2009.

Electrolux contended as a result there was no manufacturing defect. Counsel said the machine was still in warranty and the matter was “a complete puzzle”.

Approving the settlement, Ms Justice Carmel Stewart said the offer was reasonable considering the difficulties in the case and wished the boy well.