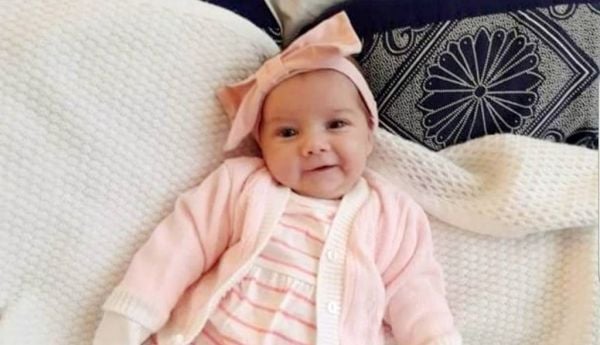 The coroner at the inquest into the death of a three-month-old baby who was killed by a dog has urged animal owners with young children to exercise extreme caution.

Cork coroner Philip Comyn told the inquest into the death of Mia O’Connell of Clashmore, Co Waterford that while dogs offer “wonderful companionship” they can “still be unpredictable” and cause serious harm.

The inquest heard that Mia O’Connell was born on February 22nd, 2021 to Ella Wood and her partner Rhys O’Connell. The couple had got engaged the previous New Year’s Eve. Mia had to remain in hospital for over two weeks because after she was born as she was premature and weighed just 4lbs 9oz.

Cork Coroner’s Court heard the couple were deeply in love and “ecstatic” at the birth of Mia.

In a statement read out at Cork Coroner’s Court, Ella Wood said Mia was “a good little baby” who was in a routine of being bottle-fed every four hours or so. She not only had the love of her parents but was also adored by her grandparents with whom she also lived.

Ella’s sister, Emily, was visiting the house in Saint Mochua’s Terrace in Clashmore on June 6th, 2021 when the tragedy unfolded. Mia was teething and had been put to bed.

During the course of the evening Emily went to check on her six-year-old son Jayden, who was also visiting the property and had gone to bed. She said she also popped in to the room where Mia had been put to sleep in her Moses basket.

Emily was shocked to find the family rescue dog ‘Red’, who was a terrier-Dachshund cross, standing over the baby who was lying on the bedroom floor.

“I could see Mia on the ground in the middle of the room, between the bed and the Moses basket. The dog was just standing behind her as he had already done it. There was blood all over the dog’s mouth.

“My first reaction was to scream out for Ella. I picked Mia up straight away. There was a pink and white muslin cloth on the single bed that I grabbed straight away and put it to the back of the head to stop the bleeding.

“Mia was wearing a vest and  a babygro when I found her. I can’t remember seeing any tears or rips on her clothes. I just remember the blood on her head and on the floor.

“When we brought Mia down to Noreen [her grandmother], Noreen started putting pressure on Mia’s head and giving her CPR. We kept ringing and ringing 999 and telling them to hurry up as the child was bleeding from the head.”

Gardaí and paramedics arrived at the scene shortly after 1am and Mia was transported by ambulance to hospital. She had received CPR at the property from her grandmother, Noreen, who works in the caring profession and also from paramedics.

Ella, the mother of the child, told gardaí that Emily had gone to check on the children when she heard her older sister scream her name.

“I had never heard her scream like that before. I went flying up the stairs. When I got upstairs I could Emily on the landing. Emily was holding my baby, my Mia in her arms.

“I could see blood down one side of Mia’s face, on the back of her head and on her clothes. I could not fully see the back of Mia’s head as Emily was holding a muslin cloth to her head.

“Emily said ‘it was the dog, it was the dog’. I could see the dog’s face was covered in blood. Noreen started doing CPR. Mia was still bleeding. I was in shock. I froze.”

She said she did not like the animal “from the beginning. There was just something about it”.

“It was not a tall dog. Just past my ankle. I love dogs and animals but I did not like this dog from the beginning. It was allowed inside but if a door was open it would try to come in and someone would shoo it out. I always felt uncomfortable with the dog and the baby in the house.”

Noreen O’Connell told the inquest that her husband had re-homed the dog who was called ‘Red’.

She wasn’t comfortable with the dog, as Red had tried to snap at Mia when she came home from hospital, Noreen said. She said that she “hated the dog” and had “big concerns” about it but that her husband had insisted it be kept.

The dog was kept outside the house and slept in a kennel in an alley by the side of the property. If it managed to get in it was immediately sent back out.

Evidence at the inquest was also given by Assistant State Pathologist, Dr Margaret Bolster who reassured Rhys O’Connell that his daughter would not have felt any pain as her passing would have happened very quickly. Ella, the mother of the child, was too upset to attend the inquest.

“So she wouldn’t have felt anything.”

Sergeant Thomas Gahan, who led the investigation into the death, said that little Mia had received a garda escort as she was transported by ambulance to Cork University Hospital where she passed away from her injuries just hours after the attack.

The coroner Mr Comyn recorded a verdict of misadventure in the case. He said that unfortunately, an opportunity was missed as clearly the dog was unhappy around baby Mia when she was brought in to the house.

He said dogs, whilst wonderfully beneficial companions, are “still animals and can still be unpredictable” when their position is displaced by a new arrival.

He called on dog owners to exercise “extreme vigilance” to ensure that children were kept safe and urged them to access websites to read up on signs of aggression in pets.

He offered his condolences to the family following their appalling tragedy, and thanked gardaí for their thorough investigation, having been called to a “harrowing” situation. He also moved to reassure the family that Mia would not have suffered in her final moments.

Sergeant Fergus Twomey also offered his heartfelt condolences to the family of the deceased on behalf of An Garda Síochána.

Following the inquest, Heidi O’Connell, aunt to baby Mia, spoke to the media on behalf of the family. She urged new parents to “think carefully” before bringing a dog in to their homes.

“Think very carefully because at the end of the day a dog is still an animal. You can’t predict what they are thinking. You just don’t know what they are going to do. I think it is best just to be very vigilant and very careful. You never expect this to happen but unfortunately it happened to us.

The pain is unbearable. I think it will never go away. Our hearts are broken forever. We will never get her back. It is still like a nightmare. Full of smiles and full of giggles and she was taken away from us so abruptly and so tragically.”

Ms O’Connell said that they were not aware that the dog was given up for rescue because he wouldn’t hunt. She also said nobody would have expected a dog of this type to attack or kill a baby.

“This dog was a small terrier. He wasn’t a Pitbull or anything like that. There was some concerns but you would never in a million years think that something like this would happen to you or your family.

The animal which was involved in the incident has been destroyed. The inquest had heard that the dog had refused to hunt for the person who previously owned it.

Rhys O’Connell had told the inquest that they were not conscious of the fact that the dog had once been hunted.

“If I had known that — that dog would never have set foot in the house.”