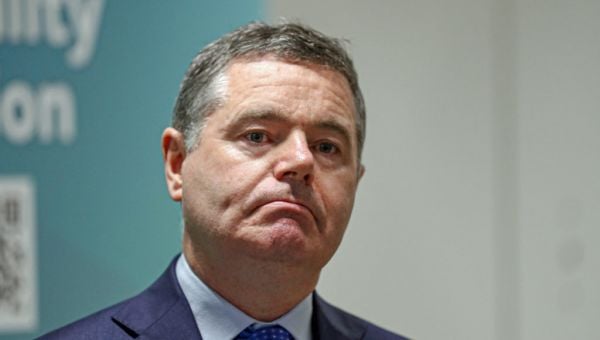 Minister for Public Expenditure Paschal Donohoe has said he intends to make a further Dáil statement on a controversy over his 2016 election expenses.

Mr Donohoe’s announcement comes after he made a statement to the Dáil on Wednesday evening when he apologised over the issue.

When the Minister appeared for scheduled questions in the Dáil on Thursday morning, Sinn Féin TD Mairead Farrell repeatedly attempted to raise matters related to the expenses controversy, insisting it could not be “business as usual” in the chamber.

The minister told TDs he would make another statement to the Dáil at the “earliest opportunity” so the information he was providing was as “accurate as possible”.

“I do plan to make a further statement in relation to issues involving the 2016 general election campaign and matters that were put to me last night,” he said.

On Wednesday, Mr Donohoe told the Dáil he sincerely regretted the role he played in the episode.

“Honesty and integrity matter above all in public life, and I’m very sorry that this has happened,” he said.

Over the weekend, it emerged that Mr Donohoe had not declared a payment made by businessman Michael Stone to six people to hang up election posters ahead of the 2016 general election.

He said that six people were paid to hang up posters over “four dates” during the campaign, both before and after polling day, with the work done before polling day valued at €917.

The Minister said he was not aware before a full review in December, following a recent complaint to the Standards in Public Office (Sipo), that the workers had been paid in a “personal payment” by Mr Stone.

He also admitted that he should have amended his election expenses in 2017 after he became aware that a corporate van had been used to hang the posters up, which he has estimated to be worth €140.

The Fine Gael TD said neither he nor any member of his campaign team “intentionally misinformed Sipo or knew that a form was incorrectly submitted to them at that time”.

Mr Donohoe also told the Dáil that Mr Stone made a donation to Fine Gael through the purchase of superdraw tickets which he sold to him.

The donation was to the Fine Gael party centrally and within the legal limits, he added.

The Minister said those donations were not required to be disclosed but he was doing so to be “fully transparent to the house”.

Mr Donohoe added: “Mr Stone is a man of the very highest standards. He has spent much of his life giving back to the community from which he came and I am obviously also so proud to represent.

“He has done so much for the north-east inner city, and I, Ceann Comhairle, am so sorry that he has become involved in this matter of public interest.”

During Dáil exchanges on Thursday morning, Mr Donohoe said the scheduling of his further statement would be a matter for Ceann Comhairle, Seán Ó Fearghaíl.

Ms Farrell said the statement should involve an opportunity for TDs to ask questions to the Minister on the expenses issue.

Mr Donohoe replied: “At the earliest opportunity, I want to make a further statement on the matter to ensure that the information that I am sharing is as accurate as possible.

“Regarding the format of that Deputy Farrell, I have not got to the point yet, obviously much of it is at the discretion of the Ceann Comhairle as well.

“I do just want to indicate again my intention to give further information on the matter.”