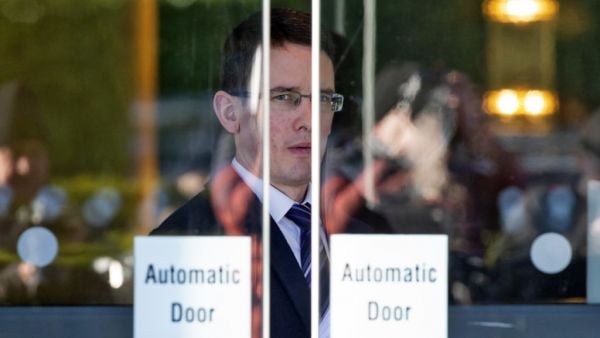 Enoch Burke and other members of his family disrupted the suspended schoolteacher’s disciplinary meeting held on Thursday in Mullingar.

As reported by The Irish Times, the Burke family took issue with the fact that the chairman of Wilson’s Hospital School’s board of management, John Rogers, was not present at the meeting.

It is believed Mr Rogers was ill and could not attend the meeting.

Local gardaí were called to the Mullingar Park Hotel on two occasions, following repeated chanting and protestations from the Burke family.

The Burke family also took issue with the presence of representatives of legal firm Mason Hayes Curran, who they claimed were “conducting the meeting”.

Mr Burke and his family followed principal of the school Frank Milling and solicitor Catherine Kelly from the hotel, challenging them on a number of issues, RTÉ reported.

Earlier this week, the High Court refused to grant Mr Burke an injunction halting the disciplinary meeting after he said he would not comply with an order to stay away from the school.