‘Everyone has obligation in respect of NI legacy, including Sinn Féin’ – Martin 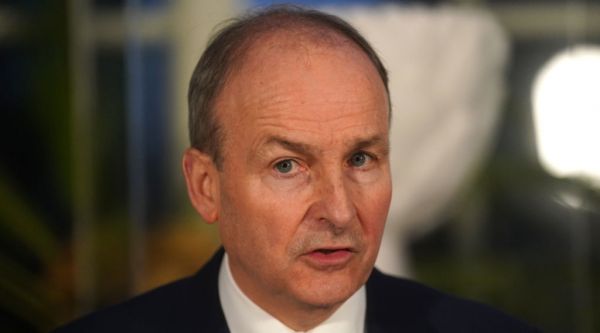 The onus is on Sinn Féin as well as the Irish and British governments to reflect on how victims of Northern Ireland’s troubled past have been treated, Micheál Martin has said.

Mr Martin was responding to a call by Sinn Féin president Mary-Lou McDonald that the two governments should call an urgent summit on dealing with legacy issues.

Speaking after participating in the British-Irish Intergovernmental Conference in Dublin along with Northern Ireland Secretary Chris Heaton-Harris, the Tánaiste said legacy had been discussed.

He reiterated that the Irish government had concerns over a controversial Legacy Bill which was progressing through the Westminster parliament, adding that their officials were working with UK officials “in terms of the articulation of those concerns”.

The Northern Ireland Troubles (Legacy and Reconciliation) Bill is opposed by all Stormont’s main parties and the Irish government, as well as victims’ groups in the region, which have denounced it as an “amnesty” for killers.

But Mr Martin also urged Ms McDonald and her party to reflect on their treatment of victims of terrorism, referencing Sinn Féin’s links with the Provisional IRA during the Troubles.

He said victims of the IRA had told him they had requested meetings with Sinn Féin over what had happened to their loved ones, but received no response.

Looking forward to the British-Irish Intergovernmental Conference at Farmleigh.

Lots on the agenda, including efforts to restore the institutions of the Good Friday Agreement ahead of the 25th anniversary, as well as energy and cyber security. pic.twitter.com/Dv3wB7ogSf

“I would say to the Sinn Féin leader that everyone has an obligation in respect of legacy, including Sinn Féin,” he said.

“I met with victims last week in Armagh, I met with Wave (a victims’ group), I was very struck by how some victims sought meetings with Sinn Féin in respect of what happened to their loved ones, and those meetings were not facilitated.

“I think there is an onus on all parties, and I met many victims of Provisional IRA violence last week whose cases have not been satisfied, and who have not got detail or closure.

She also urged that the Legacy Bill be halted.

“There are widespread concerns and opposition to British government legacy plans currently being pushed through Westminster,” she said.

“These very real concerns are shared by victims and families, human rights experts, churches, the UN, and senior officials in the EU and US administration and all the political parties on this island.

“The proposed legislation will shut the door on families’ efforts to achieve truth and justice through the courts and give an amnesty to British state forces who killed Irish citizens.”

She said a joint summit would be an opportunity to work together to deliver an agreed way forward for victims.

“That is the best way to understand the views of all victims and families, to ensure their legal right to truth and justice is upheld and help the process of healing and reconciliation,” she said.

“To create space for that dialogue to take place, I have urged the British government to stop the passage of its unacceptable legacy legislation and convene the summit urgently.”