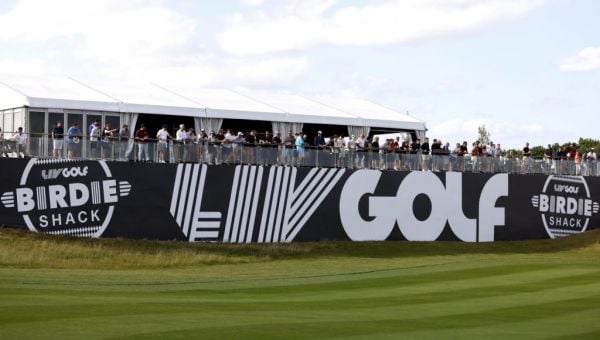 LIV Golf has secured the United States television rights deal it was seeking, announcing on Thursday that the CW Network will broadcast all 14 events of the Saudi-backed series.

Beginning this year, the CW Network will bring the rebel circuit’s tournaments to 120 million households across the United States, LIV Golf said in a statement.

Details of the multi-year deal were not announced.

“This is a momentous day for LIV Golf as this partnership is about more than just media rights,” said LIV Golf chief executive and commissioner Greg Norman. “The CW will provide accessibility for our fans and maximum exposure for our athletes and partners.

“We’re very proud to note how consequential it is that a league that has only existed for one year has secured a full broadcast deal in its debut full league season.”

Bankrolled by Saudi Arabia’s Public Investment Fund, LIV Golf has lured players with the promise of guaranteed, big-money paydays and a reduced schedule, while the US-based PGA Tour has suspended members who opted to join the rival circuit.

LIV Golf will play from February to September and features simultaneous team and individual play with golfers competing for an unprecedented $405 million in prize purses.

Critics say LIV Golf amounts to blatant “sportswashing” by a nation trying to improve its reputation tarnished by a history of human rights abuses.

Securing a US television deal was considered key to the growth of the series which was only available via streaming on YouTube or on the LIV Golf website during last year’s inaugural season.

LIV Golf will launch it’s second season in Mexico with a February 24th-26th event in Mayakoba.

Weekend tournaments will air live on Saturdays and Sundays on the CW Network while Friday’s round will be available on the CW App.

“For The CW, our partnership with LIV Golf marks a significant milestone in our goal to re-engineer the network with quality, diversified programming for our viewers, advertisers and CW affiliates,” said CW Network president Dennis Miller in a statement.

“This also marks the first time in The CW’s 17-year history that the network is the exclusive broadcast home for live mainstream sports.” -Reuters