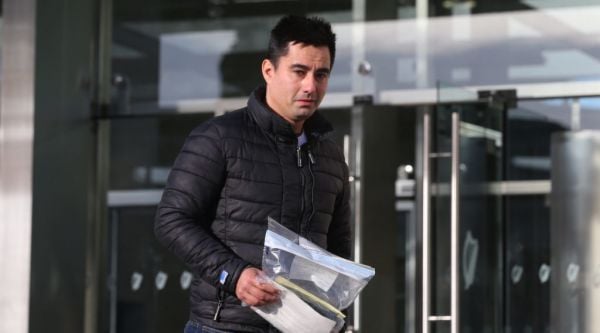 A man is to face trial charged accused of dangerous driving causing the death of a Dublin teenager following a collision between a motorcycle and a taxi.

Calvin Gilchrist (19), a groundsman from Island Quay, East Wall, suffered serious injuries when his motorcycle was involved in a crash on the Finglas Road in Glasnevin at around 10pm on July 31st, 2021.

An ambulance rushed Mr Gilchrist to the Mater Hospital, but he was later pronounced dead and investigating gardaí prepared a file for the Director of Public Prosecutions (DPP).

The accused was held until his appearance before Judge Bryan Smyth at Dublin District Court, at which Detective Inspector Gilchrist told the court Mr De Lima Sores “had no reply” when charged.

There was no objection to bail with conditions.

The DPP has directed trial on indictment, meaning the case will be sent forward to the Circuit Court. The offence can, on conviction, result in a fine of up to €20,000 and imprisonment for up to 10 years.

The accused has not indicated a plea and consented to bail terms.

Judge Smyth released him on a €500 bond to appear again in the District Court on a date in March when he is to be served with a book of evidence.

Judge Smyth noted the accused had surrendered his passport to gardaí and he was ordered not to apply for a new or duplicate passport or alternative travel documentation and to notify gardaí in the event of an address change.

Defence solicitor Tony Collier submitted a statement of his client’s means. Acceding to the request to grant legal aid, Judge Smyth noted Mr De Lima Sores has a limited income and there was no Garda objection.