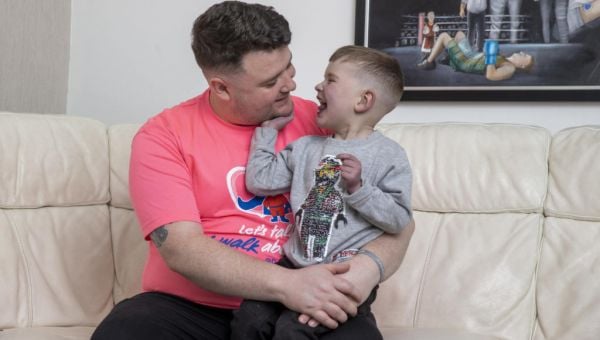 The five largest parties at Stormont have written to the Northern Ireland Secretary urging him to intervene to process a new organ donation law.

The opt-out system was passed by MLAs at Stormont last year but the enacting of the legislation has been delayed due to the political stalemate.

It was to be named Daithi’s Law after six-year-old Daithi MacGabhann, from Belfast, who is on the organ transplant waiting list and whose family have campaigned for the new legislation.

We have formally written to the Secretary of State @chhcalling requesting an urgent meeting to discuss #DáithísLaw.

His father Mairtin said he is devastated the law has been delayed, and has written to Chris Heaton-Harris asking for an urgent meeting.

On Thursday, the larger Stormont parties announced they had united to write to Mr Heaton-Harris asking him to step in and legislate to allow Daithi’s Law to be enacted as soon as possible.

The law, which would bring Northern Ireland into line with the rest of the UK, would automatically make people organ donors unless they specifically state otherwise.

Welcome support from all parties that legislation should be brought to Parliament to ensure Dáithí’s Law can be operational as soon as possible. pic.twitter.com/qCtIQNRHj4

The leaders write: “It has become clear that further legislation is needed for the opt-out system to become fully operational.

“As leaders of the five main parties, we write to ask that your department works with our Department of Health and legislates in Parliament to ensure this new system for organ donation can be operational as soon as possible.

“We understand that the Department of Health has draft legislation prepared which could enable the law to be operational by the spring of 2023.”

The powersharing Assembly at Stormont has been suspended from last year as part of a DUP protest against the Northern Ireland Protocol.