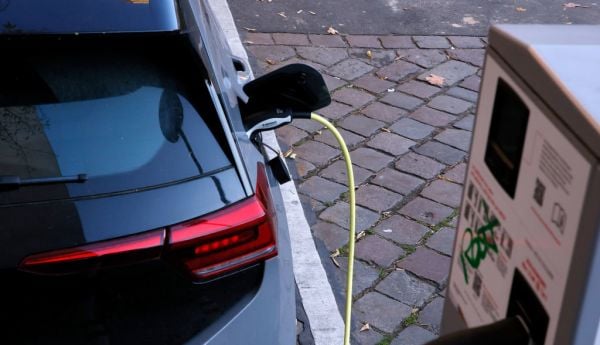 Minister for the Environment Eamon Ryan is set to unveil a €100 million plan to install thousands of electric vehicle charging points across the State.

Charging points will be placed at 60km intervals along motorways and taxi ranks, tourist sites, hospitals, hotels and sports clubs. There are also plans for charging systems to serve apartment blocks and neighbourhoods.

The strategy, seen by The Irish Times, states the number of charging points could increase from some 1,700 to between 2,540 and 4,850 within three years.

However, the additional charging points would “place more pressure than ever on Ireland’s electricity network,” it warns.

The Government hopes that by 2030 nearly one-third of private cars will be electric.

Under the strategy, so-called destination charging would mean stations set up at tourist and leisure locations such as parks, hotels and visitor attractions. Placing this infrastructure at these locations is important for the continued uptake of electric vehicles, the strategy states.

The planned rapid expansion of the charging network would mean new on-street charging points introduced for those who cannot charge their vehicles at home, as well as new shared charging areas.

There would also be high-powered points for those making longer journeys, such as between cities or along the national road network. There will also be more publicly accessible heavy-duty vehicle points.

In the Republic, there are approximately 375 publicly accessible higher-powered charging points, a number that will need to increase to between 780 and 1,320 in order to meet EU obligations.

Mr Ryan will also unveil a €15 million scheme to help sports clubs install charging points in communities across the island for use when people are dropping their children off or using the facility themselves. He said that sales of electric vehicles are “skyrocketing” and that the extra infrastructure “should take away any concern or worry that people might have about access to charging points”.