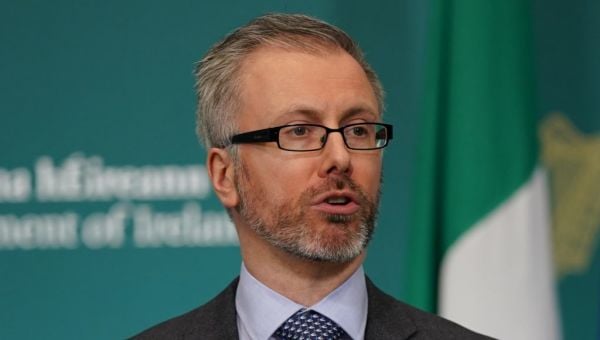 A charity boss has described the possibility of newly arrived asylum seekers sleeping on the streets as “a new low” for Ireland.

John Lannon, the chief executive of Doras, the migrants rights organisation, said urgent action was needed from the Government, not just the Department of Integration.

On Thursday, Minister for Integration Roderic O’Gorman said the Citywest transit hub, where refugees are taken after arriving in Dublin, is likely to close due to weight of numbers in the coming days, with a third major accommodation crisis in prospect.

At that point some people arriving into the country may be given vouchers for food, and be effectively left by themselves until they are contacted with a place when it becomes available.

Mr Lannon told Newstalk radio that he had a lot of sympathy for the Government and that the Department had done a tremendous amount of work, but they had been in “crisis response mode” since last February.

He said Ireland had a legal and moral obligation to people arriving in Ireland seeking asylum, fleeing war and persecution.

Every option in terms of accommodation needed to be explored, he urged.

Mr Lannon also called on the Government to speed up modular housing, to use vacant State lands to build new accommodation, to refurbish old barracks and buildings such as convents for use.

He said a new permanent reception centre should be built in the long term, but in the short term every available option should be followed up for accommodation to be brought into use.

Fianna Fáil TD for Clare, Cathal Crowe, said the prudent thing would be to implement capacity mapping to determine where exactly there was accommodation, healthcare and school places available.

The numbers arriving could be managed better if it was known where there was available capacity.

“We need boots on the ground to determine the parts of the country where there is capacity.”