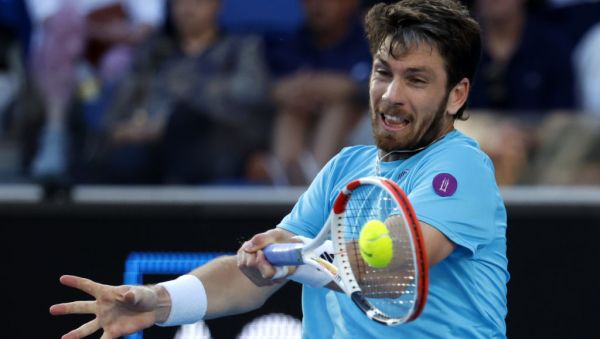 British number one Cameron Norrie exited the Australian Open in the third round with defeat by young Czech Jiri Lehecka.

There was another big upset in the men’s draw, with two-time finalist Daniil Medvedev beaten by American Sebastian Korda.

Women’s top seed Iga Swiatek lost only a single game against Cristina Bucsa to set up a clash with Wimbledon champion Elena Rybakina while Jessica Pegula and Coco Gauff are also safely through.

A shot of the tournament contender from Fucsovics against Sinner earlier today 🤯 #AusOpen pic.twitter.com/RzhDZFCYUt

After missing the Australian Open with a leg injury, world number one Carlos Alcaraz has hit the practice court.

This moment. What a total hero.

Andy Murray returns to Margaret Court Arena to take on Roberto Bautista Agut in the night session on Saturday.

The Scot will hope to have pulled up in reasonable shape from his late-night epic against Thanasi Kokkinakis, while Dan Evans is on the same court earlier against fifth seed Andrey Rublev.

Novak Djokovic faces a serious test of his dodgy left hamstring against Grigor Dimitrov, and Caroline Garcia and Aryna Sabalenka are the leading women in action.