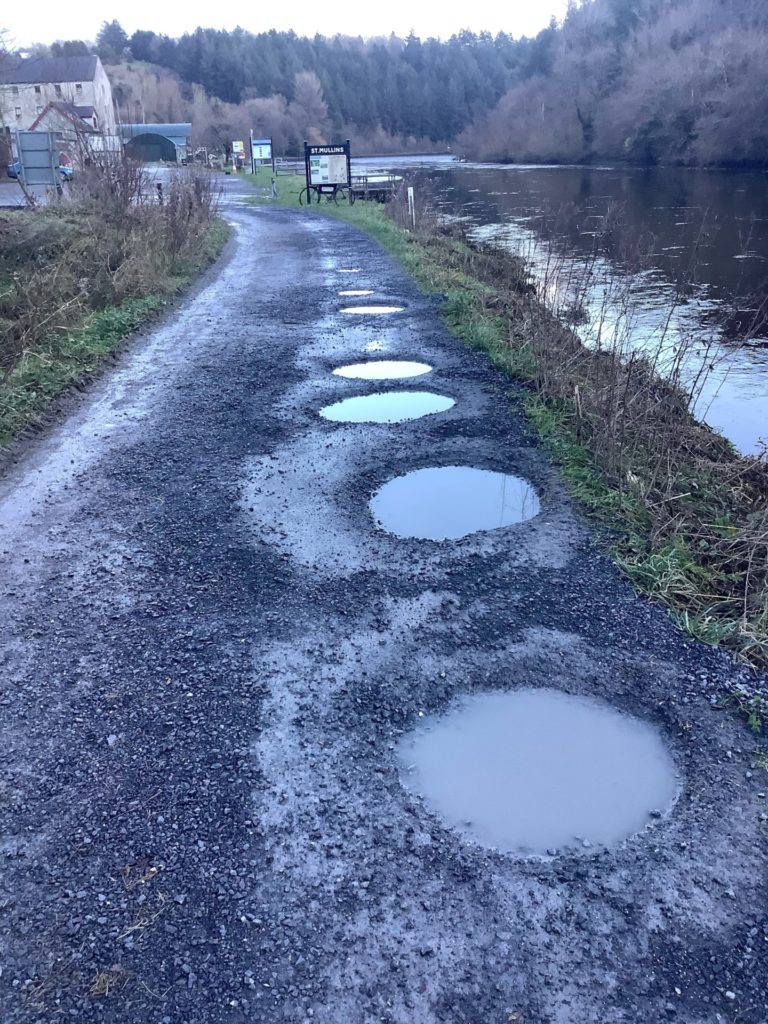 THE condition of the Barrow Track at St Mullins was described as “Third World stuff”, with almost 2km of potholes marring the scenic site.

“From St Mullins to the first lough, a distance of about 2km, there’s potholes … you have three people living there and a business. No courier will go down there,” said cllr Kinsella.

Cllr Kinsella pointed out that the Barrow Track was not the responsibility of the council, but called on officials to “use their influence” to insist that waterways Ireland carry out the repair work.

“It’s absolutely frightening … Third World stuff there, so maybe you could see that something would be done about it,” he said.

“They gave us a commitment that they would make available a letter setting out their intentions,” said Mr Rainey, adding that he hoped this is a matter that would then be considered by council members at their February meeting.