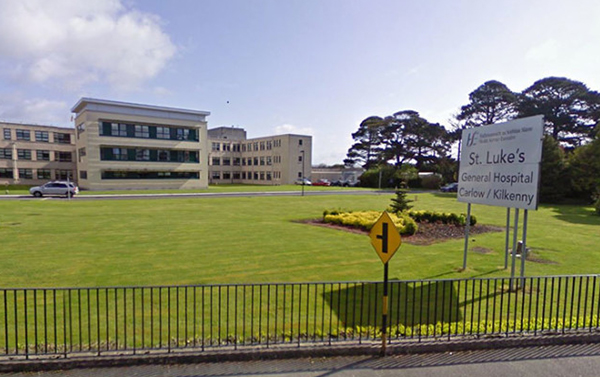 A 90-year-old Carlow woman was left waiting for four hours in severe pain in St Luke’s Hospital before deciding to go home.

Deputy Jennifer Murnane O’Connor outlined the incident in the Dáil as she called for the part-time X-Ray unit in Carlow to be upgraded.

Speaking on Thursday, she said: “This week, a 90-year-old woman was left waiting four hours in severe pain for an X-ray in the emergency department of St.Luke’s General Hospital, Kilkenny. The X-ray unit in Carlow does not operate fully. This 90-year-old woman could not stick the pain, so she had to leave the emergency department and go home. Her doctor cannot treat her because he does not know the extent of the issue.

“When her own doctor in Carlow requested an X-ray in Carlow – we have an excellent X-ray facility in Carlow but it only opens part time – the response was that there is a three-to-four week waiting list to get an X-ray. This is an urgent issue.

“People, particularly older people, are going to the emergency department but they could be staying in Carlow and getting an X-ray there. This is important.”

Tánaiste Micheal Martin said he would ask the health minister to examine if the X-Ray services in Carlow could be expanded.