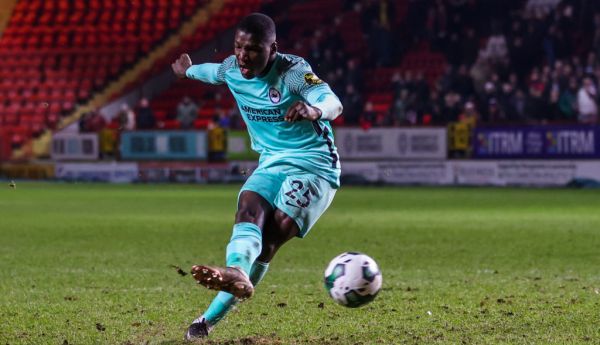 Chelsea have had an offer of £55 million (€62 million) rejected for Brighton midfielder Moises Caicedo, according to the Liverpool Echo via The Athletic. The 21-year-old has been touted for a big-money move to a whole host of Premier League clubs but it appears the Blues have made the first move for the rising star.

Elsewhere, England midfielder Jude Bellingham is set to hold a transfer meeting with Borussia Dortmund, the Daily Mirror reports. It comes after the 19-year-old reportedly indicated to Real Madrid that he prefers a move to Spain rather than a Premier League switch.

And Arsenal are interested in Bournemouth’s Jaidon Anthony (23) after reaching an agreement with Brighton’s Leandro Trossard (28) as Mikel Arteta looks to add further wide options to his squad, according to the Daily Mail. Anthony is out of contract at the Vitality Stadium this summer with talks over a new contract not yet producing a deal.

Crucial hours for Danjuma’s future. He will make a decision very soon, Everton are in advanced position and working on clubs side with Villarreal to get it done 🚨🔵 #EFC

There are other clubs in the race, up to Danjuma — Everton have medical tests booked as @ElBobble reported. pic.twitter.com/c4IMGfVHoi

Goncalo Guedes: Journalist Matteo Moretto reports the 26-year-old Wolves forward is in his native Portugal before completing a loan move to Benfica.

Kamaldeen Sulemana: Givemesport says Everton are “speaking” to Rennes about a potential move for the 20-year-old Ghana international.