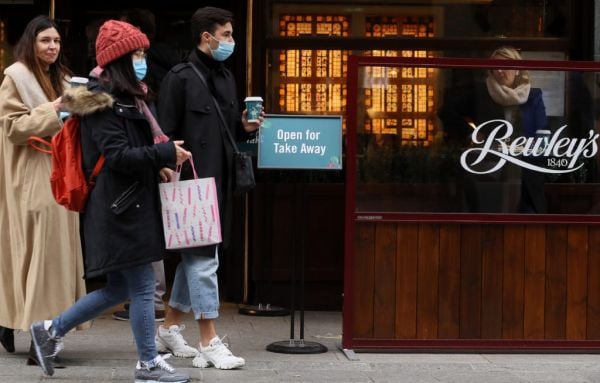 Four of the Harry Clarke stained-glass windows in Bewley’s café, on Grafton Street, Dublin, belong to the landlord, the High Court has ruled.

However, two other windows are the property of the tenant and operators of the café, Mr Justice Denis McDonald found.

The judge was giving his decision in a dispute between the landlord, RGRE Grafton Ltd, a company of developer Johnny Ronan, and the tenant, Bewley’s Café Grafton Street (BCGS) Ltd and its subsidiary Bewley’s Ltd, in a dispute with its origins in the payment of rent as a result of difficulties created by the Covid pandemic lockdowns.

In 2020, BCGS transferred its interest in the windows to Bewley’s Ltd which in turn licensed BCGS to continue to use the windows.

In 2020, RGRE sought possession of the premises over non-payment of the rent but this was resolved following mediation and arrears of €749,000 were paid.

There followed a dispute in which Bewley’s sought to offset further rent payments by offering to sell the Harry Clarke windows to RGRE.

Bewley’s argued the windows were never part of the property and have from time to time, subject to statutory requirements, been moved freely within the premises and were owned by Bewleys.

Bewley’s said the windows were commissioned from Harry Clarke by the original tenant in the 1920s,have been in the ownership of the tenant, are tenant’s fixtures and cannot be said to be the property of the landlord.

Bewley’s previously owned the premises before it was sold in 1987 to Royal Insurance which then leased the café back to Bewley’s. Royal later sold the premises and they ended up with the Ronan company. Ownership of the windows did not transfer during the Royal Insurance sale, Bewley’s said.

Bewley’s also claimed the works never functioned as windows but were installed inside and parallel to clear glass windows of the same dimensions. It counterclaimed against RGRE that Bewley’s Ltd owned the windows.

RGRE said the windows were part and parcel of the structure sold when RGRE bought it from the previous owners. Bewley’s could not sell it what it already owned, RGRE said.

RGRE then brought further proceedings seeking various orders and declarations including that the windows form part of the premises, are owned by RGRE, and any purported transfer of ownership by Bewley’s is null and void.

The court heard evidence from a number of experts from both sides who disputed each other’s views as to whether they were windows or moveable ornamental panels. The court also heard they were removed for safekeeping during the Second World War to the home of Victor Bewley, son of Bewley’s founder Ernest Bewley, who took over the business after his father’s death.

In his decision on Friday, Mr Justice McDonald said four of the works are known as “the Four Orders” which refers to four of the orders used in classical architecture depicted in Harry Clarke’s design.

The remaining two works, known as the “Swan Yard” works, are of a different design. They are divided into eight sashes of two panels each which are mounted in a frame that has the appearance of a window frame.

The judge found that the Four Orders windows, upon their installation in 1928, became part and parcel of the café building. They would not, therefore, be considered to be fixtures.

He did not believe events after 1928, including their removal for safekeeping during the war, affected the status of the Four Orders works.

However, he found that the removal of the Swan Yard works, unlike the Four Orders works, would not have interfered in any real way with the convenient use of the café premises.

In circumstances where the Swan Yard works were installed parallel to existing windows, they were properly classified as additions to the structure or fabric of the café, he said.

RGRE was entitled to an order setting aside the purported transfer of the Four Orders works from BCGS to Bewley’s Ltd, he said.

The transfer of ownership of those works from BCGS to Bewleys Ltd cannot be impugned by RGRE and Bewley’s is entitled, on foot of its counterclaim, to a declaration that it is the owner of the Swan Yard works.

The case comes back before the judge for final orders next month.