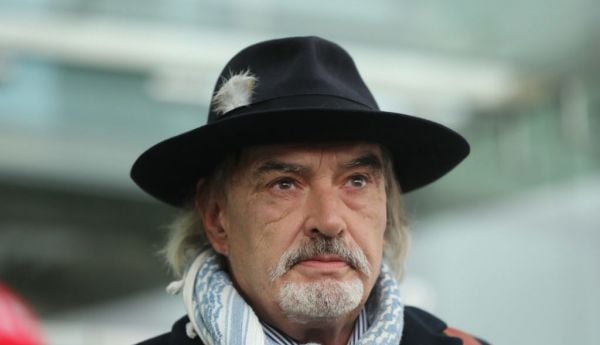 A barrister acting on behalf of Ian Bailey, who is appealing a drug driving conviction which could take him off the road for 12 months, has claimed that there was a “fatal flaw” in the testing procedure.

Barrister Alan O’Dwyer, BL, representing Mr Bailey said that the garda who carried out the oral fluid drug test did not adhere to the instruction manual for the testing machine.

He said the manual indicates that persons undergoing the test should be observed for 10 minutes prior to the procedure to ensure that they have not consumed food, chewed on gum or used tobacco. However, Bailey had a glass of water in the presence of another Garda. The Garda carrying out the oral fluid test was not aware of this fact.

Mr Bailey was present in Skibbereen courthouse in West Cork today for the hearing of the case with written submissions to be made before the appeal can be finalised.

Mr O’Dwyer said that the administering of the Drager drug test on Mr Bailey following his arrest near Schull in West Cork on August 25th, 2019 was “unlawful” as proper procedure was not followed.

In May 2021 Mr Bailey was disqualified from driving for one year and fined €700 after being convicted of drug driving at a hearing in Bantry District Court. He had faced four charges arising out of his arrest on August 25th, 2019.

He was convicted of three charges with the dismissal of the charge of possession of cannabis in his car.

Mr Bailey was found with a small tin of cannabis on his person following his arrest at a garda checkpoint in West Cork. He was arrested on suspicion of drink-driving, having failed a roadside breath test, but he then passed the evidenzer test at Bantry Garda Station.

The court heard that Mr Bailey had failed an oral fluid test and that blood samples taken by a doctor at Bantry Garda Station later tested positive for the presence of cannabis. The 65-year-old had been stopped at a checkpoint in Schull shortly after 8pm on August 25th, 2019.

At the appeal hearing on Friday Mr O’Dwyer said that the oral fluid test was blatantly compromised by the fact that Mr Bailey had had a glass of water prior to its administration. Mr O’Dwyer said that as the Drager drug test was not carried out with the correct observation period by the attending garda a subsequent blood test was also “unlawful.”

He said that the instruction manual for the Drager test machine outlines strict instructions about observing a person for ten minutes before the test to ensure that there is a “nil by mouth” process.

Meanwhile, Mr O’Dwyer said that none of the gardaí who had been in the presence of Mr Bailey in the Garda Station or indeed the garda at the checkpoint had made any mention of Mr Bailey being “glassy eyed, dishevelled looking or smelling of cannabis”.

He said that there was no reason for gardaí to stop Mr Bailey at Schull and that a “stop cannot be arbitrary.” He also questioned why a search was carried out on his client at the garda station stressing that the Garda evidence that a search was performed as a matter of course was “not good enough.”

Mr O’Dwyer said that Mr Bailey did not admit that the substance found on her person was cannabis but had only said that he assumed it was the herb. He told Judge Helen Boyle that he would elaborate on the points made in his outline in his written submissions.

Meanwhile, Cork State Solicitor, Jeremiah Healy, said that it was important not to put the personal rights of drunk (drugged) drivers above the rights of the victim. He said that there was “nothing improper” about the Garda conduct in the case.

Mr O”Dwyer had questioned the role of the checkpoint at which Mr Bailey was stopped asking if it was to detect drink-driving offences. The garda had told him that in addition to arresting people for road traffic offences it was important to be seen to maintain a presence in the community.

Mr Healy said that if “gardaí did not carry out routine checkpoints there would be uproar in the Oireachtas” and that there was also an expectation in society that gardai make such checks. He said that it was “crystal clear” that gardai had clear legal powers to carry out their duties “otherwise no policing is possible.”

He said when Mr Bailey was stopped he wasn’t wearing a seatbelt and that a fixed penalty notice was paid. Mr Healy said that Bailey had acknowledged that he had a pint and that the garda wouldn’t have been doing his duty unless he did a roadside test.

Mr Healy said that a “big issue” was made of how Bailey had been searched in the station. He stressed that the officer was carrying out his “duty of care’ and that it was a very routine procedure.

“It wasn’t a solo run. It (the search) is routine and expected. It is an obligation for the safety of the individual and the safety of others.” He said that the garda had the right to search Bailey “under Common Law”.

Both sides will make written submissions in the case. The case will be up for mention in Skibbereen on March 6th next to fix a date for the finalisation of the hearing.

The drug seized was also confirmed as cannabis by the Forensic Science Laboratory.