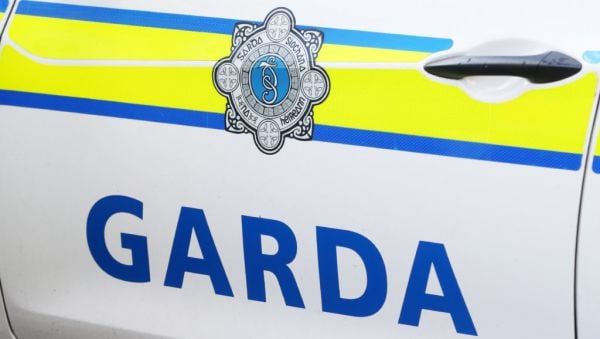 A man who ran over his former partner’s leg with his car and, in a separate incident, led gardaí on a 20-minute high-speed chase has been jailed for four years.

Samy Taib (21), with addresses at Drumcairn Avenue, Tallaght and Meile An Rí Road, Balgaddy, Lucan, pleaded guilty to two counts of assault causing harm at addresses in Dublin and one count of coercive control on dates between May 9th, 2018, and June 19th, 2019.

Imposing sentence at Dublin Circuit Criminal Court on Friday, Judge Elma Sheahan said it was clear the victim had “endured great upset and trauma from the assaults and psychological injury” caused by Taib’s offending during the course of their relationship.

Referring to the road traffic offences, Judge Sheahan said it was “almost miraculous that no innocent road user was not seriously injured” on that day.

She handed Taib a total prison sentence of five years, with credit to be given for any time served on this matter or while in custody in Scotland in relation to a European Arrest Warrant.

Judge Sheahan noted the serious nature of Taib’s offending and his previous convictions for road traffic offences as aggravating factors.

She said the court does not believe Taib was aware that his use of drugs might have been affecting his mental health more than usual, owing to his then undiagnosed “enduring, major serious” mental illness.

Judge Sheahan said Taib’s culpability was reduced owing to his diagnosis of paranoid schizophrenia while in Scotland in the wake of these incidents. Medical reports indicate a history of psychological issues as a younger teenager.

Judge Sheahan said the mitigating factors include Taib’s guilty plea, which meant the victim did not have to give evidence at a trial and “relive the trauma of her experiences with the accused”.

She also took into consideration Taib’s cooperation with gardaí, his work history, family support and background of psychological illness.

Judge Sheahan said she would suspend the final 12 months of the sentence for a period of two years on strict conditions, including that Taib comes under the supervision of the Probation Service, have no contact with the victim and stay away from her home address and workplace.

Taib also gave an undertaking to the court that he would not have contact with the injured party by any means while in custody.

Judge Sheahan also disqualified Taib from driving for a period of six years.

The court previously heard that Taib had choked his then-partner on a number of occasions over the course of their relationship. In another incident, he hit her with his car, driving over her right leg.

On October 13th, 2019, Taib drove at high speeds, on the wrong side of several roads and did not obey stop signs and red lights during a 20-minute pursuit which involved the garda helicopter.

Gardaí initially thought there was something in the car, but nothing was found. It is believed that Taib acted as he did because he had no insurance.

In her victim impact statement, Taib’s former partner said he made her a “different person” who struggled with depression and anxiety. She said she suffered psychological and physical injuries, including permanent damage to her foot.

The victim said Taib had “ruined” her life and hurt her family.

Brian Gageby BL, defending, said his client was diagnosed with schizophrenia in early 2020, which he said may have been a contributing factor to his offending. His client had also been using cannabis at the time.

Mr Gageby added his client accepts he caused injury to his ex-partner and that it was not an acceptable way to behave.