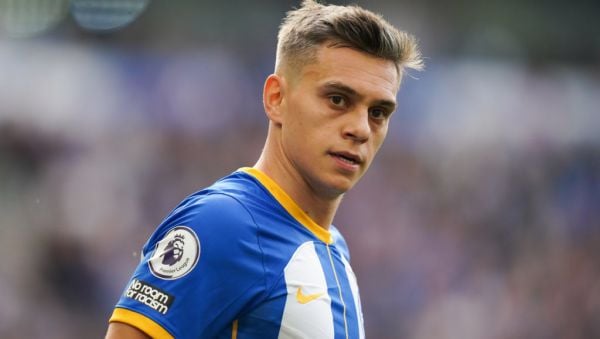 Roberto De Zerbi is regretful at how the last few weeks have unfolded with Leandro Trossard, but is confident Brighton can cope without the outgoing forward.

Trossard has not played for the Seagulls since their 4-2 defeat against Arsenal on New Year’s Eve and the PA news agency understands he is on the verge of sealing a transfer to the Premier League leaders.

He was dropped ahead of last weekend’s match against Liverpool after leaving training early without permission, and his agent has urged cooperation on a switch which is “beneficial for both parties”.

While he has bagged seven goals this season, Brighton have won all three games without Trossard in the ranks, with last Saturday’s 3-0 win over Liverpool lifting them up to seventh in the top flight.

De Zerbi is resigned to the imminent departure of Trossard to Arsenal, with a £21million plus add-ons deal agreed, but the Brighton head coach insisted his side can get by without the 28-year-old star.

“The situation was difficult because I understood he wanted to leave,” De Zerbi told a press conference ahead of Brighton’s trip to Leicester on Saturday afternoon.

“I’m sorry for the last period because I prefer when people are clear, not when there is some different behaviours.

“But we will see. I think we are a good team, we can play well with Leo or without Leo.”

De Zerbi, who will be without Levi Colwill at the King Power Stadium because of a muscular problem, was non-committal when asked whether Brighton will attempt to replace Trossard in this transfer window.

“I think in the transfer market window, you always can improve, always you can buy new players,” he said. “But we are at a good level now, the players in the squad are vey good players.

“It’s not so easy to improve this squad. But I think (owner) Tony (Bloom) and the club if it is the possibility to improve the squad, I think we will do something.”

“I think Caicedo is very important for us, it’s difficult to change with another player now inside of the season,” De Zerbi said.

“I hope he finishes the season with us but in the transfer market it is always difficult to give one answer.

“When there are some big teams, they want one of our players, it’s good news for us. The best solution is he can finish the season with us and for him, then in the summer it’s better if he changes teams.”

Brighton could move up to fifth with victory over the Foxes and, having never finished higher than ninth in the top-flight, there are high hopes of sealing a place in Europe next season.

“We are progressing, but I think we are around 60 per cent of our potential right now,” De Zerbi added. “We can keep improving a lot. I don’t know if top-six is possible but we are trying.”