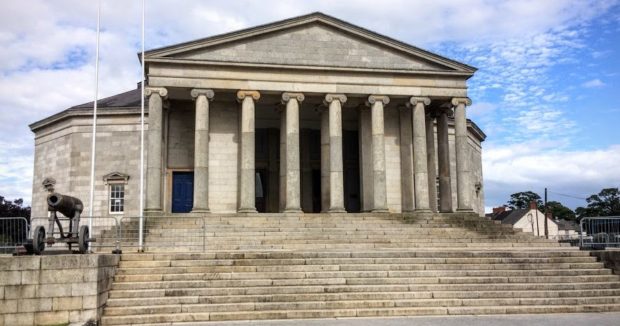 A JUDGE dismissed a case involving a breach of a safety order, stating she was not satisfied the defendant had sent a threatening text message to his ex-partner.

At a recent sitting of Carlow District Court, the man’s defence highlighted that only a copy of a message had been given to gardaí, while the investigating garda had not seen the phone of the alleged injured party.

The defendant, a Carlow man in his 40s, had contested a charge of breaching a safety order last October. Breaches of safety orders and other domestic violence-related orders are heard ‘in camera’ with reporting restrictions to prevent the identification of the injured party.

The alleged injured party was the defendant’s ex-partner. The woman told the court she got a message from the defendant on 4 October.

“He was accusing me of spreading rumours about him … something that had nothing to do with me,” she said.

Asked by Inspector Conor Nolan what she felt after receiving the message, she said: “Every time it is horrible. I have PTSD because of it … there is a mixture of feelings, obviously fearful, but I was angry as well.”

In cross-examination, solicitor Joe Farrell quoted the offending text message: ‘There is no way out of this so quit while you are ahead’ and queried whether it could be viewed as threatening.

“I have asked him each time to leave me alone, but he has refused,” said the woman. “In order to get it into his head, I have to be here.”

Mr Farrell highlighted another message between the pair, where the woman had said his client would be put in a grave. The woman accepted this and said it was the result of a fake page that had been set up, which referenced her son being put into a river.

The court also heard that the woman no longer had the phone that the message had been sent to.

The investigating garda gave evidence of receiving the complaint from the woman.

In cross-examination, the garda said she had received a copy of the text message from the injured party.

“Did she give you her phone?” asked Mr Farrell.

After the conclusion of the state’s case, Mr Farrell sought a dismissal, stating that a copy of the message did not indicate what message came before or after. “It’s a page, as opposed to a download of a phone,” he said.

Mr Farrell said it would not be appropriate or correct to convict on the evidence.

Judge Carthy said the difficulty lay in that the garda did not look at the phone. “I do not know why,” added the judge.

The judge said the text message evidence submitted to court did not say who it was from and was not signed. However, she said she would hold her decision on the defence’s application until after it had gone into evidence.

The defence did not offer any evidence.

Dismissing the case, Judge Carthy said she had to be satisfied beyond reasonable doubt that the text message was sent by the accused to the complainant.

“I am not satisfied, so I am going to dismiss.”

Mr Farrell said he would explain to his client how fortunate he had been.

Judge refuses to let complaint be withdrawn at Carlow court