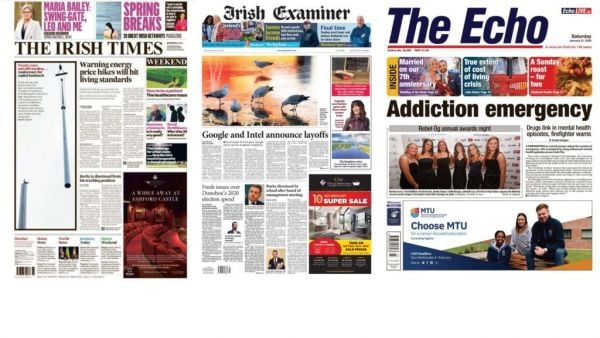 Saturday’s front pages focus on a range of stories from energy price hikes impacting on peoples’ living standards to more layoffs in the tech sector as Google and Intel announced job cuts.

The Irish Times lead with a piece about the energy price shock meaning it is “unavoidable” that people’s living standards will be impacted, according to officials at the Department of Finance. 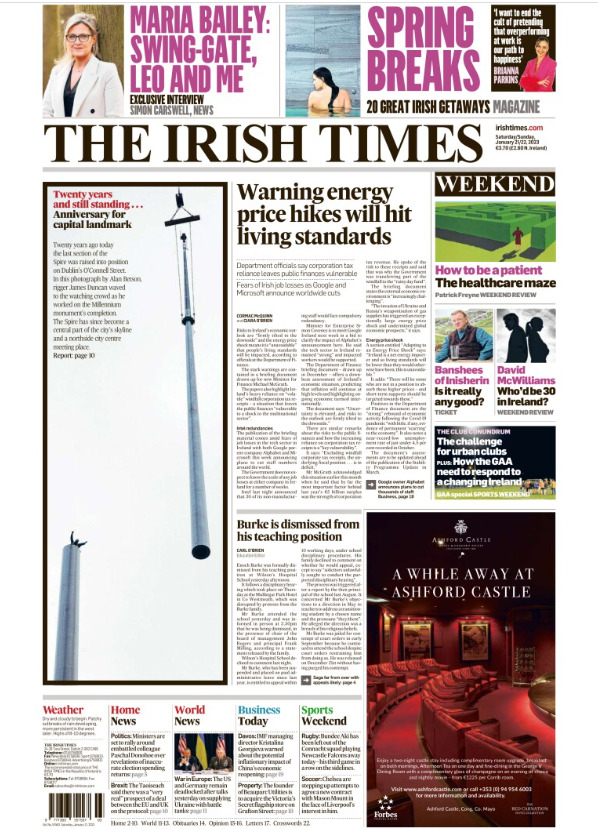 The Irish Examiner focus on continuing layoffs in the tech sector as both Google and Intel announced job cuts. 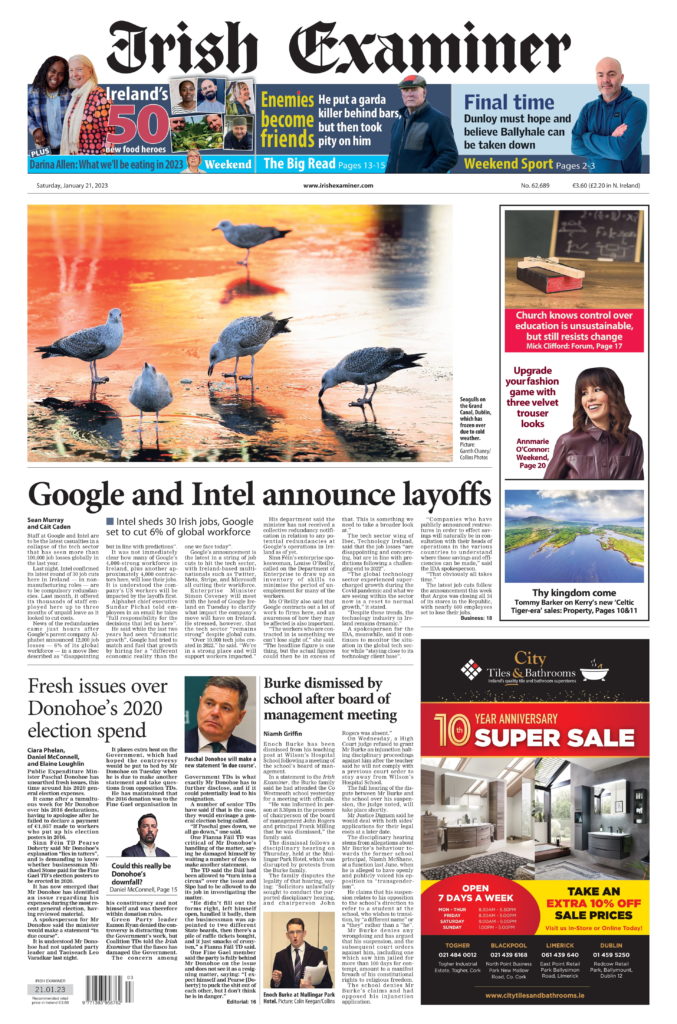 The Echo focus on warnings from a Cork firefighter who says there is a growing number of people suffering mental health episodes from drug use. 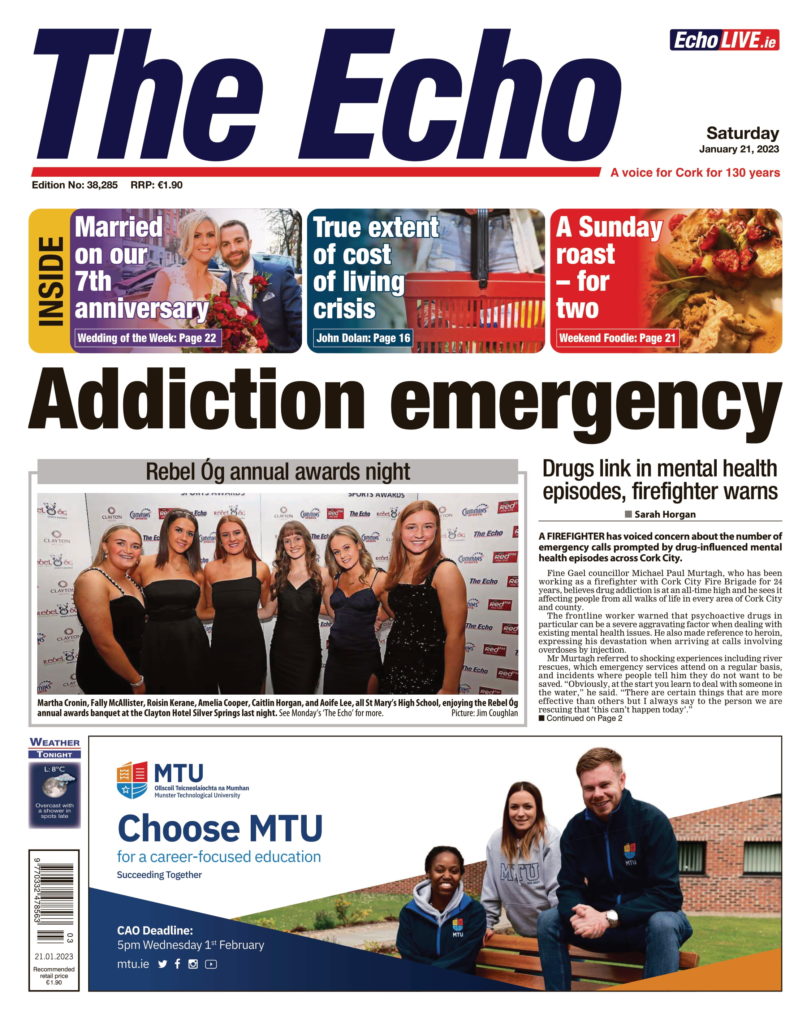 ▪️ Professor Martin Curley, who has just quit his senior HSE job, on the future of healthcare in Ireland ▪️ Would you pass the Garda fitness test? Reporter Ian Begley tests his mettle ▪️ Enoch Burke is dismissed from his school… all this and lots more in Saturday’s Mail pic.twitter.com/B768KthvyS

Morning readers. Stay with @BelTel for all your breaking news. Here’s a look at the front page of the Weekend Belfast Telegraph this morning. To read the full newspaper on your device, go Premium +➡️https://t.co/WfXEtzkTSl pic.twitter.com/S2InlZOwSl

In the UK, Britain’s King Charles drops his breeches on one front page, while other mastheads carry tales of political machinations and the death of high street bank branches.

The Daily Mirror reports Rishi Sunak has come under fire after being fined for a second time, as police issued the UK Prime Minister with a fixed penalty notice for failing to wear a seatbelt in a moving car.

Tory party chairman Nadhim Zahawi faces fresh questions over his tax affairs after he was accused of paying a penalty as part of a multi-million pound settlement with HMRC, according to The Independent and The Guardian.

Holidaymakers have received a boost after the EU delayed rolling out fingerprint-checking at the border, reports The Daily Telegraph.

Former UK Tory health secretary Sajid Javid writes for The Times that he backs fees for GP and hospital visits as being “crucial” to the survival of the NHS.

The Daily Mail declares Labour has a “woman problem” after a female opposition MP was jeered by male colleagues in the Commons “and then shunned by party leaders”.

The King has been asked to break with centuries of tradition by not wearing silk stockings and breeches at his Coronation, says The Sun.

THE SUN: Charles told to drop his breeches #TomorrowsPapersToday pic.twitter.com/zRuHubLg6B

A lack of staff means children should be kept at home during school strikes, headteachers are quoted as saying in i weekend.

Analysts warn in the Daily Express that almost all high street bank branches will be shut within four years.

And “eggheads” in the Daily Star have potentially found a way to reverse ageing using low-frequency sound waves.