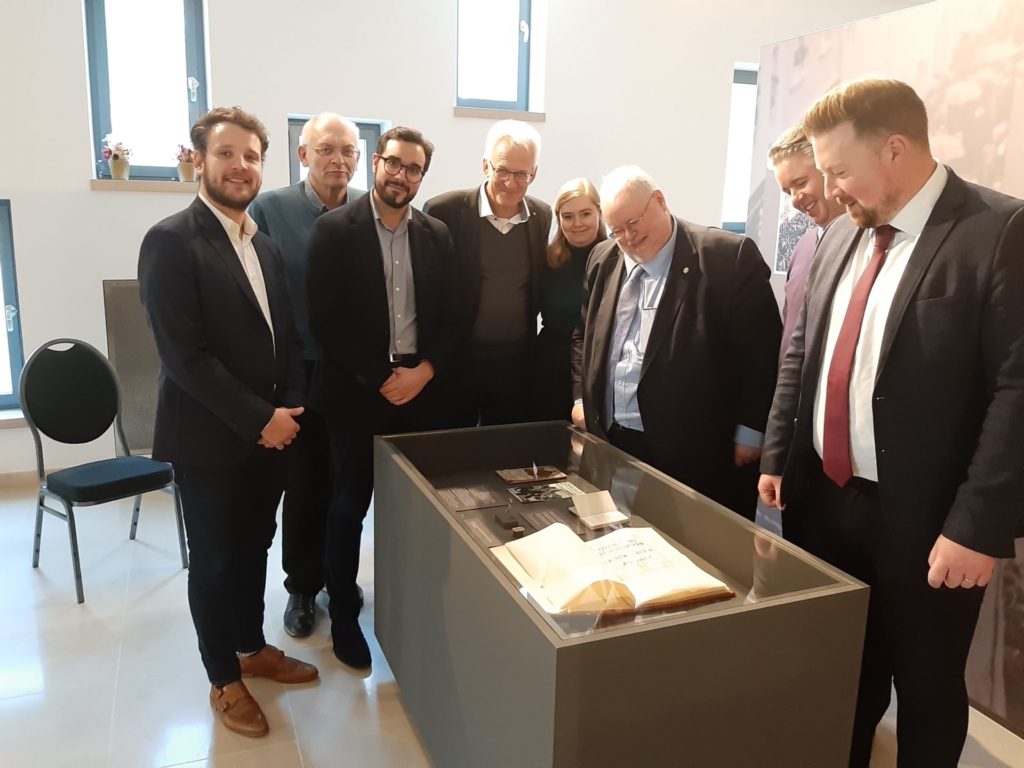 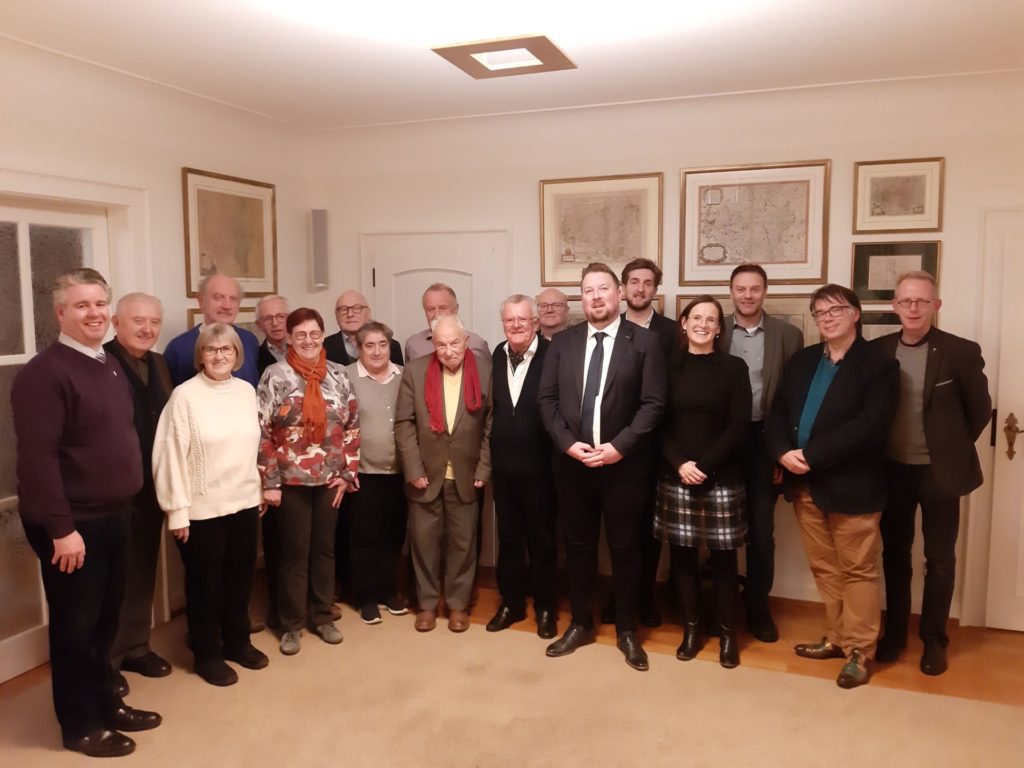 CO Carlow’s strong historical connection to a medieval saint held in the same affection in Luxemburg as St Patrick is held in Ireland continues to be built on and explored.

Mr Mulligan outlined that the first of a series of exhibitions under the banner ‘The Luxembourg story in focus’ has been launched both in the city of Luxembourg and Echternach.

Ambassador Dawson was pleased to welcome an Irish delegation and particularly pleased to have a representative group from Carlow, based on the close historical ties between the two areas. They both joined cllr O’Donoghue and Mr Mulligan in Echternach to view the exhibition.

In Echternach, the Carlow delegation was welcomed to the town by Mayor Yves Wengler and members of the Ville d’Echternach. Mayor Wengler had led a delegation to Co Carlow in August 2019, when he signed a Friendship Agreement between Carlow and Echternach. Mr Mulligan stated that throughout the visit, they met representatives of the Willibrordus Bauverein (Willibrord Foundation) and the Basilica of St Willibrord.

Dr Michel Summer also travelled from Heidelberg University in Germany to meet cllr O’Donoghue and Mr Mulligan and guide them through the special exhibition.

Mr Mulligan also stated that a trade exhibition between Ireland and Luxembourg was planned for June this year, with Carlow hoping to highlight its connection.

Cllr Michael Doran expressed his delight that the trip was such a success and paid tribute to Mr Mulligan, describing his knowledge as “impressive” and his contribution as “invaluable” in forging the tremendous links with Luxembourg.

Cllr Fintan Phelan highlighted that Luxembourg is a much sought-after location, given its trade and financial services sector, adding it was important for Carlow to expand on those links.

Cllr Andrea Dalton remarked that Willibrord is held in the same affection in Luxembourg as St Patrick is in Ireland, while cllr O’Donoghue remarked that the influence of Willibrord across the whole of Europe “cannot be underestimated”.

“It’s remarkable,” he added. Cllr O’Donoghue also commented on the “esteem Dermot is held in” in Echternach, adding it was “truly amazing”.

In AD690, St Willibrord, patron saint of Luxembourg, First Apostle of the Netherlands, departed Co Carlow after spending 12 years at the famed monastic settlement of Rath Melsigi and undertook his mission to the continent.

Rath Melsigi is located at Clonmelsh, Milford and was the most important Anglo-Saxon ecclesiastical settlement in Ireland in the 7th and 8th centuries.

In AD698, Willibrord established his major monastery in Echternach. His monastery also had a scriptorium which, over the centuries, produced many fabulous manuscripts. Willibrord was made bishop and the first archbishop of Utrecht in the Netherlands. He is remembered each year in Echternach with a UNESCO World Heritage Status ‘hopping procession’.

In 2017, the town of Echternach presented a relic of St Willibrord to the county and it is permanently displayed in the Cathedral of the Assumption. There is a permanent exhibition to him in Carlow County Museum.