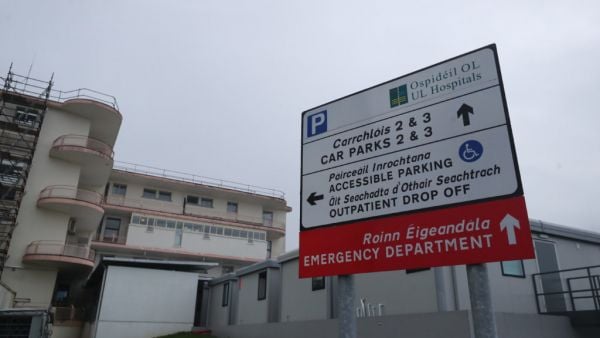 Reinstating downgraded Emergency Departments is not a realistic solution to current overcrowding problems, the Tánaiste has insisted.

Micheál Martin was commenting after thousands of people took part in protests across the country on Saturday expressing anger at hospital overcrowding.

One of the biggest demonstrations was held in Limerick where people voiced their frustration at the long-term situation at University Hospital Limerick (UHL).

They demanded the reinstatement of full emergency provision at other hospitals, including Ennis in Co Clare, Nenagh in Co Tipperary and St John’s in Limerick, to help tackle the problems at UHL – a hospital that regularly tops the lists for trolley waits.

Mr Martin acknowledged there was a need for a focus on the situation at UHL, and also Cork University Hospital.

“We’ve had an unprecedented level of disease this winter in terms of Covid-19 but particularly in terms of the flu and RSV (respiratory syncytial virus),” he told RTÉ Radio One.

“I want to pay tribute to all the frontline staff in the HSE who came in on weekends and so on, who have made a significant difference over the last number of weeks in reducing the numbers on trolleys – it’s not acceptable.”

He said reinstating downgraded Emergency Departments was not an option in the short-term.

“In the area of emergency medicine, we have to be honest here,” he said.

“Politically, we can make promises and make commitments but the idea that you can suddenly restore accident and emergency departments with the full complement of anaesthetists, of emergency medicine consultants and other consultants and the full backup, I would have to say is not a realistic proposition in the short-term.

“All of this was not done politically (centralising ED provision in certain hospitals), all of this was done on the strength of clinical advice and medical advice, on the basis of what’s best for the patient. What’s the best outcome for the patient and how can the person survive best – they should go to a centre that has all of the disciplines, from cardiac right across.”

Saturday’s protests were organised as part of a national Day Of Action to highlight concerns with hospital provision and overcrowding.

Among the other events organised were protests in Cork, Galway, Navan and Letterkenny.

While thousands attended the Limerick demonstration, some of the other rallies were much smaller in scale.