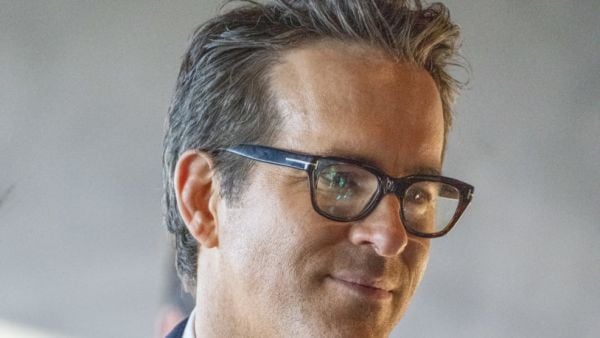 Ryan Reynolds has given £1,600 towards football kits for a youth team in Wales.

The Deadpool star, who is co-chairman of Wrexham FC alongside fellow actor Rob McElhenney, made the donation after the mother of a young player at FC United of Wrexham futsal set up a fundraising page.

Kayleigh Barton said her son Keegen and his team-mates on the under-12 team had a new kit designed and she was asking if anyone could make a donation to help the boys get their new kit.

Writing on the GoFundMe page, Ms Barton said the boys deserve it as they work so hard.

“I will appreciate any help and donations towards this!” she wrote.

The page attracted the attention of Hollywood star Reynolds, 46, who made two separate donations of £1,000 and £600.

GoFundMe confirmed that the donations were from the actor.

Ms Barton said it was a “complete shock” and “completely unexpected”.

She said: “I had an email saying that a Ryan had donated the full £600 and when I clicked on the link and seen it was Ryan Reynolds I was overjoyed.”

Ms Barton said she called the coach in shock before receiving another email telling her that Reynolds donated a further £1,000.

“I was nearly in tears. I know how much that money means to the club and the lads. Happy is an understatement,” she said.

Ms Barton said her son and his team mates are “ecstatic” and cannot wait to receive their new kits and send a picture to the actor.

Reynolds and McElhenney took full control of National League club Wrexham FC from the Wrexham Supporters Trust in February 2021, investing £2 million under the terms of the deal.

They donated £10,000 to a charity fundraising page after the death of a player’s baby, and Reynolds also sent a message to six-year-old Leland, who had been diagnosed with cancer.

The first donation was made to a GoFundMe page set up by footballer Jordan Davies and his partner Kelsey Edwards, after their son Arthur was “born sleeping”.

Reynolds also urged his followers last year to get themselves tested as a potential bone marrow transplant donor for Blyth Spartans fan Leland, ahead of a match against Wrexham.

They have also explored the history and culture of Wrexham in their hit TV series Welcome To Wrexham.

The Critics’ Choice Award-winning show documents the team’s progress, and tells the story of the club, founded in 1864, which has the world’s oldest international ground.