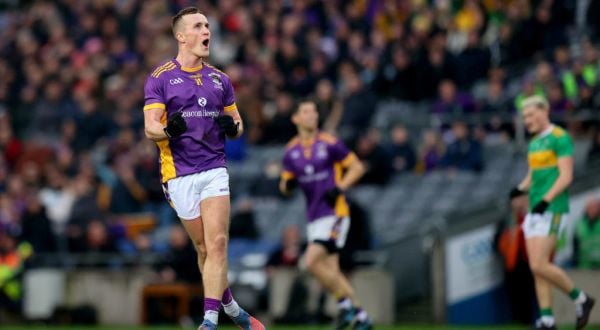 Kilkenny’s Ballyhale Shamrocks are All-Ireland club champions for the ninth time, after overcoming Dunloy of Antrim in the AIB Club Hurling Championship Final by a scoreline of 1-22 to 1-15.

It was a closely fought-contest for much of the game, before the Kilkenny side finally began to pull away in final minutes. Eoin Cody was man-of-the-match, hitting 1-4 on the day in Croke Park. TJ Reid also score 0-7.

Dublin’s Kilmacud Crokes clinched the football title, defeating Glen of Derry by 1-11 to 1-09.

Crokes lost by a single point in last year’s decider.

Munster lead Toulouse by 17-16 in the Heineken Champions Cup clash in France.

Graham Rowntree’s side are already through to the knock-out stages.

🏟 The home support is in early at a very cold Stade Ernest Wallon 🥶 ahead of team arrivals.

While at 5:30pm this evening Edinburgh take on Saracens in Pool A.

Manchester United are unbeaten in ten matches in all competitions going into today’s Premier League clash with Arsenal. It’s current 1-1.

Their recent form has seen them rise into the Champions League qualification places, and they will be up to third in the table if they avoid defeat in north London this afternoon.

Erling Haaland starred for Manchester City once again with his fourth hat-trick of the season, as they beat Wolves 3-0.

It takes his tally for the campaign to 31 goals in all competitions.

Padraig Harrington has finished up his final round of the Abu Dhabi Championship.

He shot a five under-par round of 67 today.

That leaves him in a tie for third, three shots off current leader France’s Victor Perez.

He has a two-stroke advantage over the chasing pack on 19-under.

Shane Lowry is four over-par with one hole left to play today leaving him nine-under all round.

Seamus Power finished up on ten under par.

Leona Maguire is in a tie for 16th ahead of her final round at the LPGA’s Tournament of Champions.

She’ll tee-off from 3-under-par just after 2:15pm in Florida.

Brooke Henderson has a three stroke lead over the chasing pack on 14-under.

Representing University of Texas in Albuquerque in the Dr. MLK Invitational she ran the indoor 200m in a winning time of 22.5-2 seconds.

That is the fastest 200m time in the world so far this year.

Stefanos Tsitsipas is through to the quarter-finals of the Australian Open after winning an epic five set battle against Jannik Sinner in Melbourne.

There’s a seven race card at Thurles today where the first goes to post at 1:10pm.