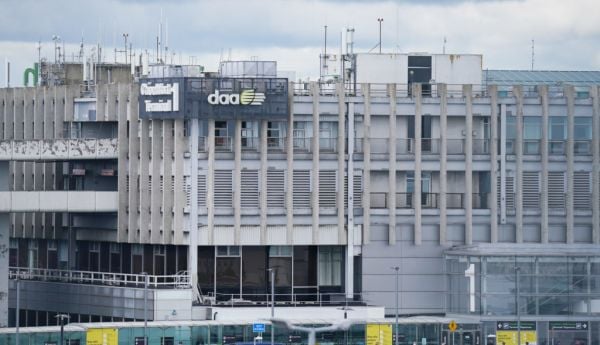 A manager of the corporate lounge in Dublin Airport has been jailed for six years after he picked up three kilogrammes of cocaine in a toilet cubicle in order to move the drugs out of the airport.

Jocelino De Silva (44) of Hill Street, Dublin 1 picked up the drugs from the cubicle after his co-accused Lucas Farias (27) of no fixed abode, carried just under 15kg of cocaine, valued at €1.43 million, from Brazil in his suitcase.

De Silva had been contracted to work as manager in the corporate lounge at that time. He pleaded guilty at Dublin Circuit Criminal Court to having three kilogrammes of cocaine, valued at €210,000 in a backpack on July 11, 2022, while Farias admitted importation of the 15kg of cocaine into the country on the same date.

Neither man have previous convictions and have been remanded in custody since their arrests.

Dominic McGinn SC defending De Silva, said his client was used because of his ability to access secure areas of Dublin Airport due to his staff card.

A third man, who was caught that same day with the remaining 12kg of the drugs, has yet to be dealt with by the courts.

Judge Martin Nolan said there had been “a perceived problem of getting the drugs out of the airport” and De Silva “as a contracted employee was procured to deal with that problem”. He said Farias’ job was to divide the drugs up and leave it at an agreed location.

Judge Nolan said there was clear mitigation for both men in that they had no previous convictions and were on the lower level of the operation but said they were both mature men who made a decision for their own reasons.

He said it was a serious amount of drugs before he jailed Farias for seven years and De Silva for six years.

Detective Garda Ronan Doolan of the Garda National Drugs and Organised Crime Bureau told Olan Callanan BL, prosecuting, that German authorities alerted custom officers in Dublin Airport to a particular suitcase that was making its way from Sao Paulo to Dublin via Frankfurt.

The case was identified and Farias was observed picking it from the carousel in baggage reclaim before going into some nearby toilets.

A few minutes later De Silva and another man were seen entering the same bathrooms before Farias left. He was followed soon afterwards by the other two men who then made their way through the staff entrances in the airport using their employee swipe cards.

De Silva and the other man made their way to terminal 2 in the airport when they both boarded an employee bus. These two men were stopped and arrested and De Silva was found to have three kilogrammes of cocaine in a backpack while the other man had just under 12kg of the drug.

Farias had also been arrested and all three were interviewed. Farias admitted collecting the suitcase and said he had been told that his flight, accommodation and education course was to be paid for as a result of importing the drugs.

Det Gda Doolan agreed with Dominic McGinn SC defending, that De Silva had been contracted to work as a manager in the corporate lounge in Dublin Airport and had been in that role for six months before his arrest.

Mr McGinn said De Silva had taken a lease on a commercial premises which he had then sub-leted, without realising that his tenants were involved in drug dealing. He then became pressured to get involved in this operation, counsel submitted.

Det Gda Doolan said he could not confirm or deny this submission.

Det Gda Doolan agreed with James Dwyer SC, defending Farias, that his client “was the person taking the risk by carrying the material across boarders”, while it was the function of De Silva and the third man to get the drugs out of the airport.

He accepted that Farias was not the owner of the drugs and was not going to profit from the importation of the cocaine.

Mr McGinn submitted to Judge Nolan that his client was used because “of his ability to access these areas” and asked the court to accept that he has taken ownership of a smaller amount of the drugs.

Mr Dwyer said his client has been doing well in custody and handed in some examples of art work he has completed while in prison.

He accepted that it was a significant haul of drugs but asked Judge Nolan to accept his client’s “useful admissions” and expression of remorse.