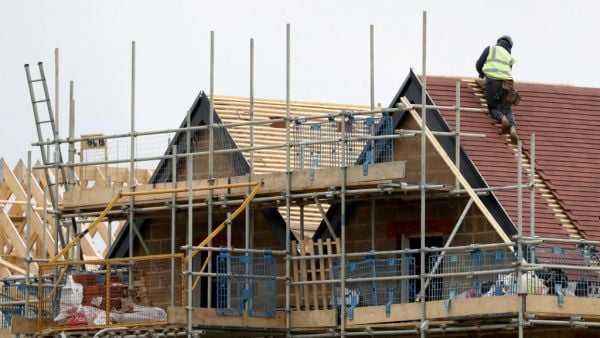 New accounts show Dwyer Nolan Developments Ltd recorded the pre-tax profits of €31 million in the 12 months to May 31st last as revenues increased more than 17-fold from €5.7 million to €99.98 million.

The building firm – led by Edward O’Dwyer and Ann O’Dwyer – recorded the impressive profit margins after recording a loss of €356,183 in the prior year.

The Shankill-based company recorded a gross profit of €32.9 million after incurring €67 million in cost of sales.

On the business’s financial performance last year, the directors state that the result for the year and the financial position at year-end were considered satisfactory.

The report states that in recent years the company continues to focus on the delivery of high-quality large-scale apartment developments.

They state “changes that the company have implemented in recent years have allowed them to meet market demand and hit their targets with regards the delivery of developments.”

The directors said they expect to see continued growth in the future.

The company recorded a post tax profit of €27.22 million after paying corporation tax of €3.8 million

The accounts disclose that the value of the firm’s land and work in progress is €49.5 million and its balance sheet shows accumulated profits of €168.28 million.

The company also has an impressive ‘pipe-line’ proposed developments in the planning process.

It is seeking planning permission from An Bord Pleanála for 927 apartments and duplex/triplex units across eight blocks on the grounds of the former De La Salle National School, Ballyfermot Road, Ballyfermot, Dublin 10.

It is also seeking planning permission before An Bord Pleanála for 350 apartments at the site of the existing Chadwick Builders Merchants at the Junction of Santry Avenue and Swords Road, Santry, Dublin.

The firm has also lodged plans with An Bord Pleanála for 312 dwellings that includes 205 houses for a site at Minister’s Road, Lusk in north Dublin.

The overall value of that scheme is estimated to be around €100 million after Dwyer Nolan put an indicative price tag of €10.3 million on 31 dwellings to be sold to Fingal County Council for social housing.

The three applications are currently stalled due to An Bord Pleanála not being able to make decisions on Strategic Housing Developments (SHDs) currently.

Numbers employed, including directors, last year decreased by two to 20 as staff costs more than doubled from €588,138 to €1.32 million.