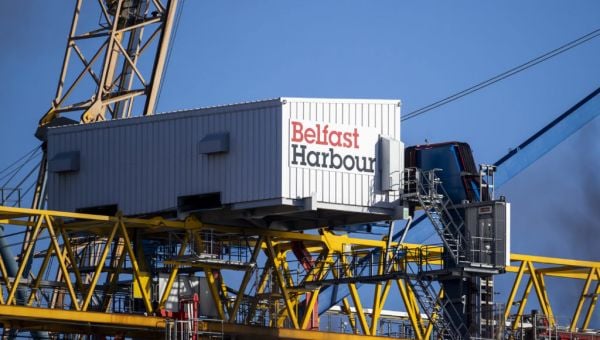 UK and EU negotiators must be given space to find a resolution to the Northern Ireland Protocol impasse, the Minister for Foreign Affairs has said.

Tánaiste Micheál Martin stressed the European Commission and UK government still had to overcome challenges if a deal was to be struck.

Mr Martin said it was “no bad thing” that not much detail was emerging from the process on the state of the negotiations.

The Tánaiste was commenting as he arrived for a meeting of the EU’s Foreign Affairs Council in Brussels.

“I think the issues are challenging and I think the engagement is important,” he said.

“And we would hope that those negotiations would be successful but they are very challenging, both for the UK government and for the European Union side.

“So, I’ve never understated the challenges that face them, but the important aspect of this is that they are talking and I do believe they should be allowed space to continue the negotiations.”

The DUP is currently blocking the functioning of powersharing at Stormont and has made clear it will not allow devolution to return unless major changes to the protocol are delivered.

He cautioned against any interim arrangement with the EU as he urged Mr Sunak to “get this done, and done properly”.

Mr Donaldson also moved to downplay speculation that Brussels and London were on the cusp of striking a deal to end the stand-off over the contentious trading arrangements.

He said British cabinet ministers were advising him there was still “quite a gap” between to the two sides.

Mr Donaldson told GB News the pressure was on the UK government to deliver the “right deal”.

“I am very clear that we need to get this right and therefore I would say to the UK Ggvernment and to the prime minister, don’t go for a half-baked deal, don’t go for some kind of interim arrangement – let’s get this done, and done properly,” he said.

“That means dealing with the very difficult and challenging issues. That’s what leadership is about. So, I think the pressure is on the UK government to get a deal done, but I want to see them get the right deal for Northern Ireland and for the whole of the UK.”

Both Brussels and London are keen to secure a breakthrough that would facilitate the return to the devolved institutions at Stormont ahead of the anniversary of the Good Friday Agreement on April 25th.

The British government has tabled draft legislation – the Northern Ireland Protocol Bill – that would empower UK ministers to unilaterally scrap the protocol without EU consent.

However, Mr Sunak has paused progress of the Bill through the Brirish parliament as efforts to secure a negotiated settlement with the EU have ramped up.