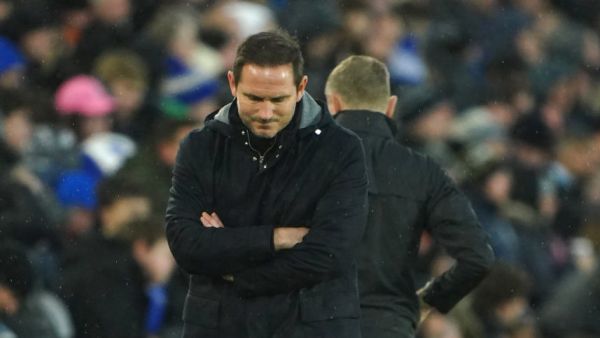 Frank Lampard has been sacked by Everton with the club second bottom of the Premier League, the PA news agency understands.

Just over a year after ending Rafael Benitez’s ill-fated 200-day stay, owner Farhad Moshiri has fired his sixth manager in just under seven years since taking over.

Lampard paid the price for a run of nine defeats in 12 league matches which has left the club embroiled in a second successive relegation battle.

Only 10 days ago Moshiri offered public backing for his manager but hugely-damaging defeats to fellow strugglers Southampton and West Ham have forced a change.

The former Derby and Chelsea boss won just nine and lost 21 of his 38 Premier League matches since taking over and departs eight days before the first anniversary of his appointment.

Everton have scored just 34 goals during that period, and this season they have 15 goals in 20 games and have managed to score more than once in a game twice this season.

It leaves the club looking for an eighth permanent manager since May 2016 with a first relegation since 1951 looming large.